‘Dioneo’ was the nom de plume of Isaak Vladimirovich Shklovsky, a Russian journalist who lived in London from 1896 onwards and from where he became well known for his sketches of British life published in various Russian journals at the time.  A number of these sketches were then subsequently published as books, such as this one, Sketches of Contemporary England, from 1903: 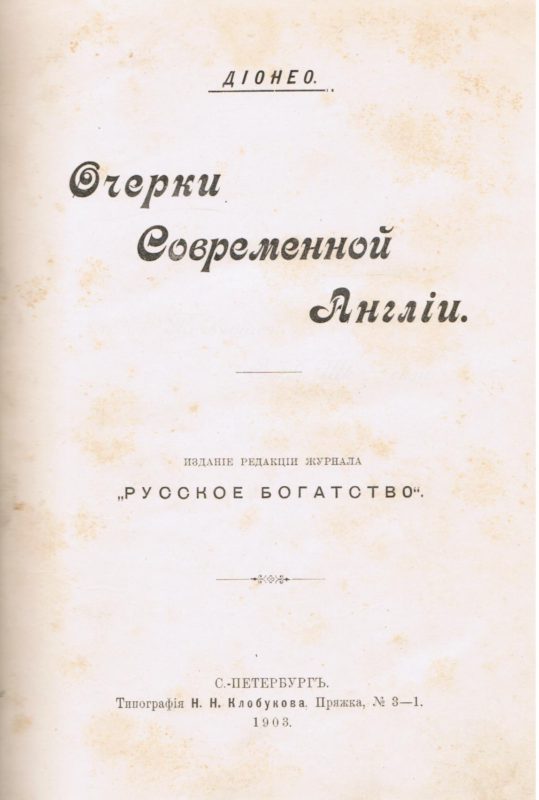 The sketches collected here focus on contemporary political life in Britain (the House of Commons, House of Lords, Queen Victoria, elections); the life and living conditions of the poor; and—a long section—literature and the press: the Reviews (Monthly, Quarterly, etc.); the newspapers; the Canadian writer Grant Allen (1848–1899); and, written in 1898, ‘Oscar Wilde and Walt Whitman’ (pp. 392–423), which offers some of the earliest Russian commentary on either writer.

As Anna Vaninskaya wrote recently, Shklovsky’s sketches ‘contain what is effectively an encyclopedic view of late Victorian and Edwardian life’; she further notes that ‘the periodical contributions and book-length compilations of correspondents such as Shklovsky, taken together with their letters, diaries and personal papers, thus constitute a vast and almost wholly untapped resource, a unique window onto late nineteenth- and early twentieth-century British culture’ (‘Under Russian eyes: foreign correspondents in Edwardian Britain’, TLS, 28 November 2014, pp. 17–8). 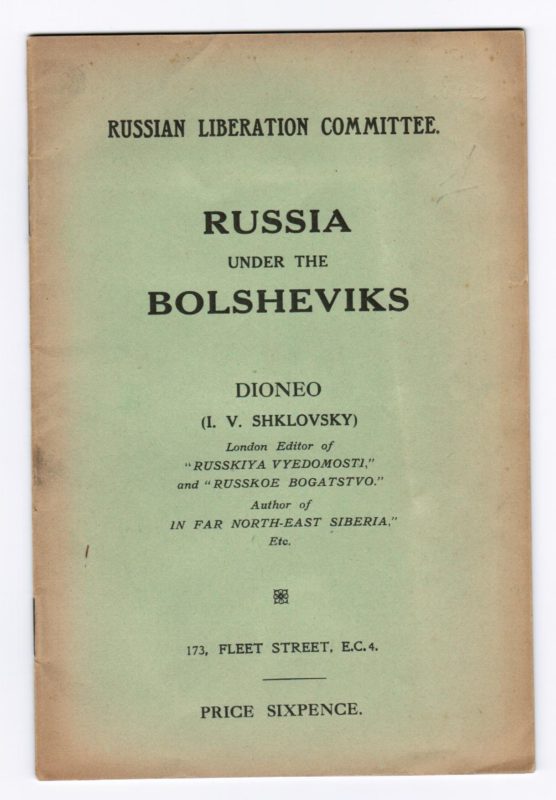 Shklovsky was seen as the leading authority on Britain in the Russian press at the time.  After the Revolution, which he commented upon—negatively—in Russia under the Bolsheviks (in English, London, 1919), he decided to remain here, working for the Committee for the Liberation of the Peoples of Russia, and acting as the London correspondent for the Russian-language Paris newspaper, Poslednie novosti.  He died in London in 1935.

Posted in
Previous: Liturgy and litigation Next: Congreve, a wanted man