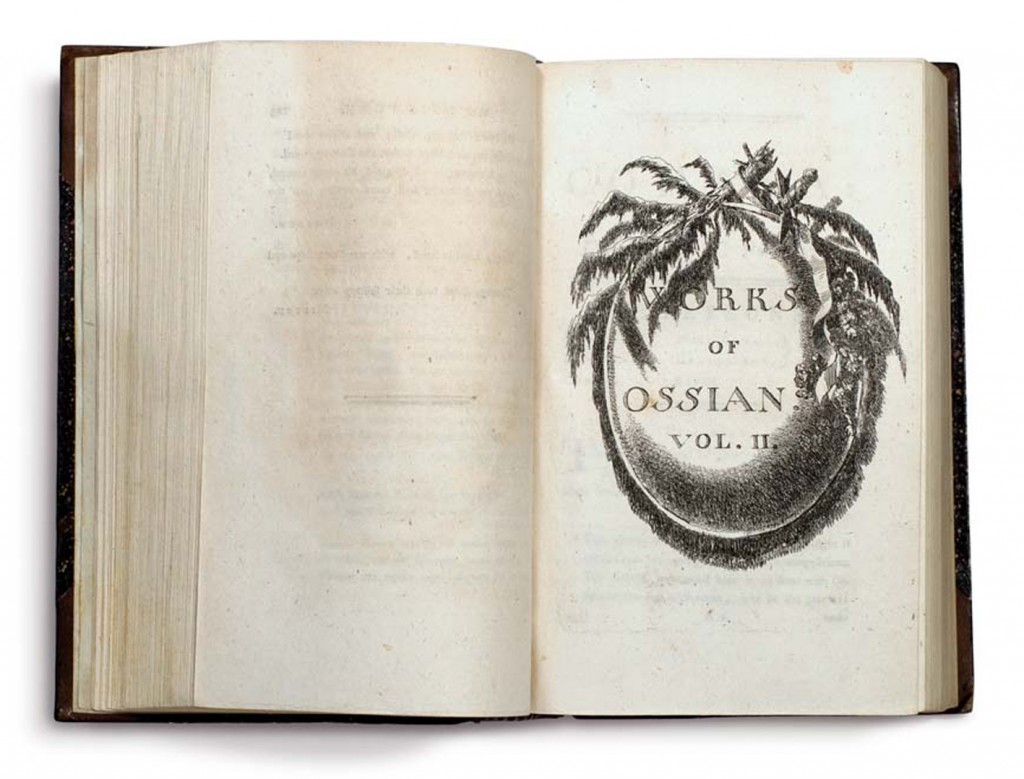 This is the very rare edition of Ossian produced by Goethe (still only 23) and his friend, Johann Heinrich Merck, in Frankfurt in 1777.  The following year Goethe published Die Leiden des jungen Werthers, perhaps the greatest Ossian reader of all, and the success of Macpherson’s work in Germany was assured.  As Henry Crabb Robinson remarked to Goethe in 1829: ‘The taste for Ossian is to be ascribed to you in a great measure. It was Werther that set the fashion’ (Diary, Reminiscences, and Correspondence, ed. Sadler, II, 432).

Impetus for producing the book was simply that copies of the original English text were so hard to come by in Germany.  Michael Denis had had to use Cesarotti’s Italian version as the basis for his German translation (the first complete translation into any language, 1768–9), and Herder had been relying on second-hand sources for years before in 1771 he borrowed a copy which Goethe had found in his father’s library.  It was this copy (the 1765 London edition) which Goethe subsequently used for his edition with Merck, designing the engraved title-page himself (his first piece of book design). 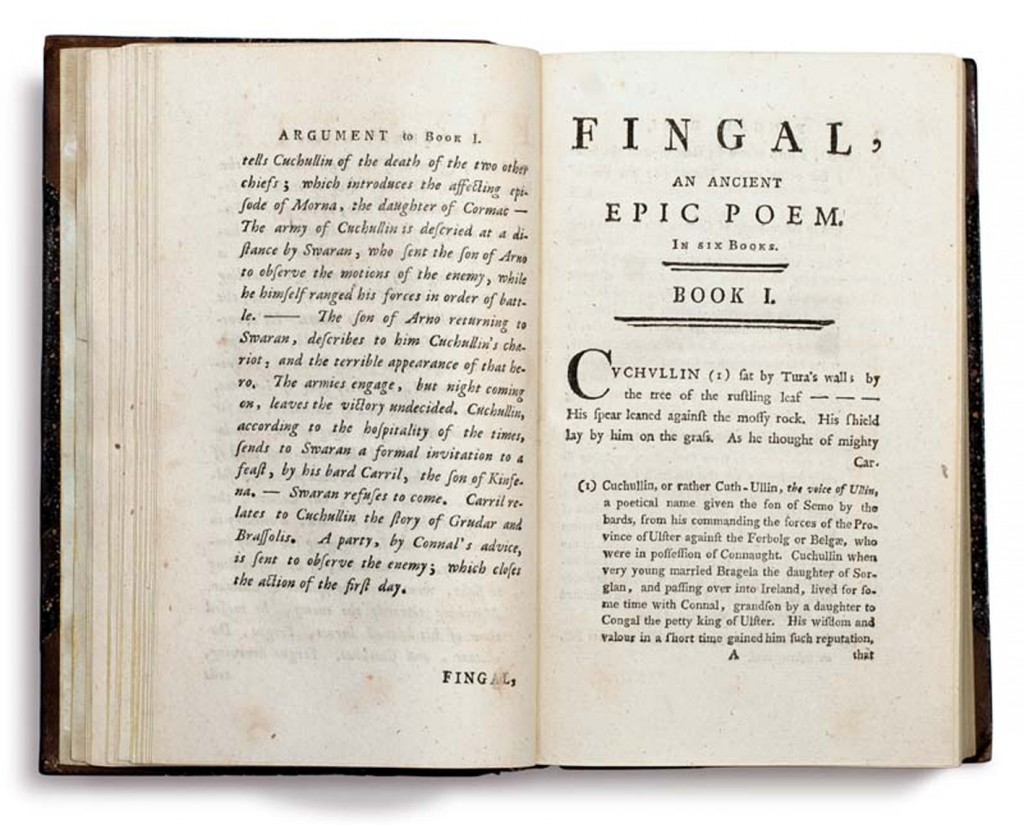 Posted in
Previous: Entertaining the Tsar Next: Printer's waste, in D major