There’s one in every catalogue: one book that everyone wants.  In my recent list on Shakespeare and the Stage, it was this: 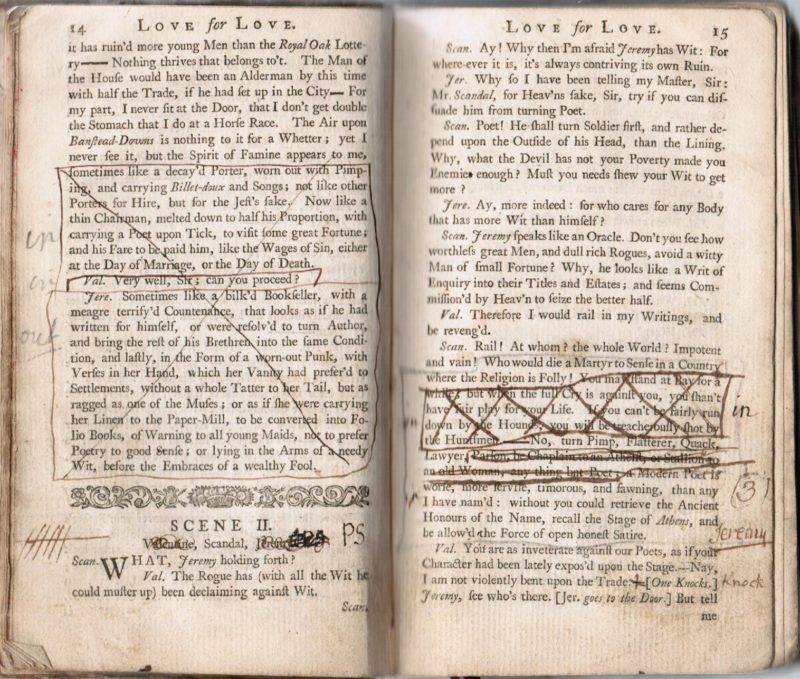 A 1735 edition of Congreve’s Love for Love, his most successful Restoration comedy, heavily marked up as a prompt book for performances at Norwich’s Theatre Royal.

Love for Love opened at Lincoln’s Inn Theatre in April 1695, and was in almost constant production throughout the eighteenth century.  It concerns the farcical misadventures of Valentine, an impecunious eldest son whose only way out of financial straits is to sign over his right of inheritance to his younger brother.  Valentine accepts the deal but, fearing the loss of his beloved Angelica, takes drastic action to retain his birthright. 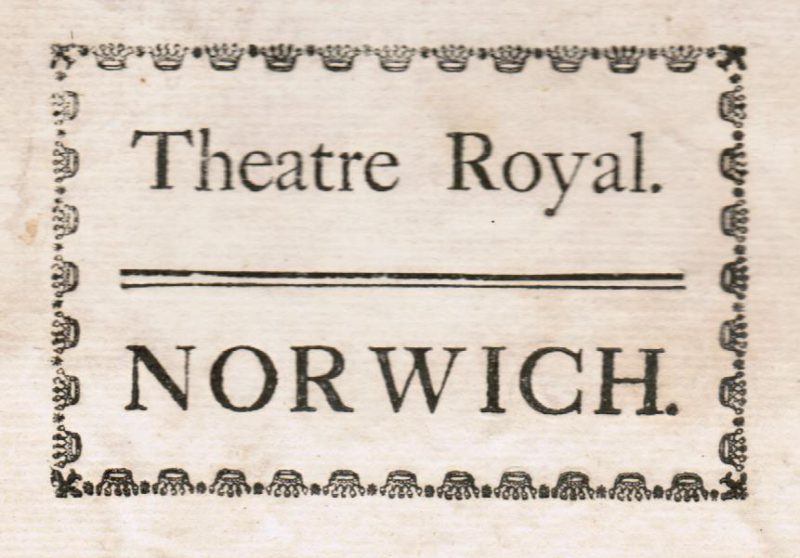 Congreve was popular in Norwich, the city’s new theatre opening in January 1758 with The Way of the World.  It operated as the New Theatre until March 1768, when it received the Royal Assent and was subsequently renamed.  The prompt book I had appears to have been in use before then, however, as a date of 1767 had been written on the first page of dialogue.  The book had been well used, the amendments, cuts, and emphases offering insight into production and staging, including cast members.

After I had apologised to at least a dozen people that the book had already been snapped up by another customer, one said: ‘You’ll have to up the price next time.’  Not necessarily.  If, as a bookseller, you receive a dozen orders from other members of the trade, then you know you’ve missed something.  But if, as on this occasion, the orders all come from private collectors and libraries, you know that you’re achieving what you set out to do: finding books that people want to buy.  And that’s immensely gratifying.

Posted in
Previous: Dioneo Next: Greasepaint