I’m currently putting together a list on Music, to be sent out next week.  One item in particular brings together a number of things which interest me: a) music, b) illustration, c) lithography, d) provincial imprints, e) private printing: 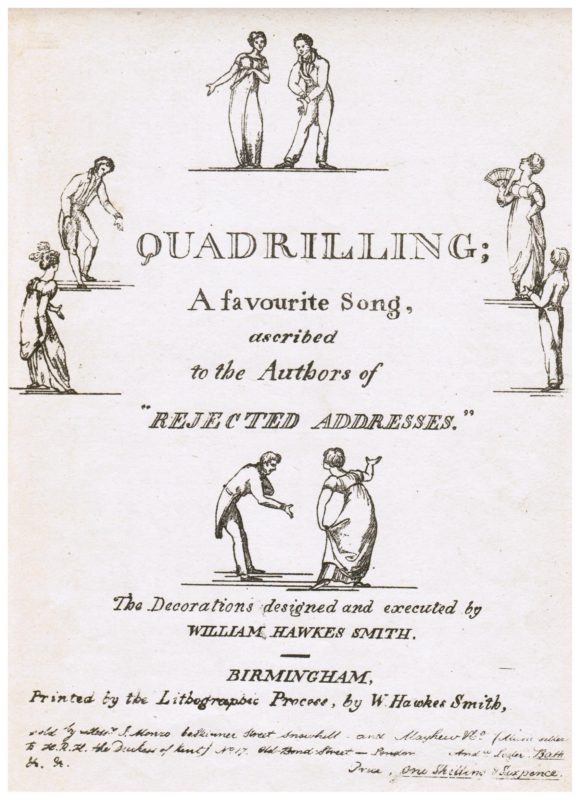 Lithography, as Michael Twyman notes, was largely neglected by British music publishers in the first four decades of the nineteenth century.  ‘One man who did experiment with the printing of music lithographically, though only as a sideline, was the Birmingham antiquarian William Hawkes Smith.  He had his own lithographic press on which he produced his own sets of pictorial lithographs of an antiquarian kind, but he also printed a few pieces of music.  The best known of these are his “Quadrilling”, which is known to exist in three editions [1820, 1821, 1822], and “Washing day” …  Both publications had their pen and ink decorations “designed and executed” by Smith and it is clear from the unusually comprehensive imprint of “Quadrilling”, which reads “W. Hawkes Smith, del. fec. & lithog: impr: 1821”, that he did everything himself.  Both publications are delightfully naive and are of interest primarily for their early date, provenance, and novelty’ (Early Lithographed Music, 1996, p. 386). 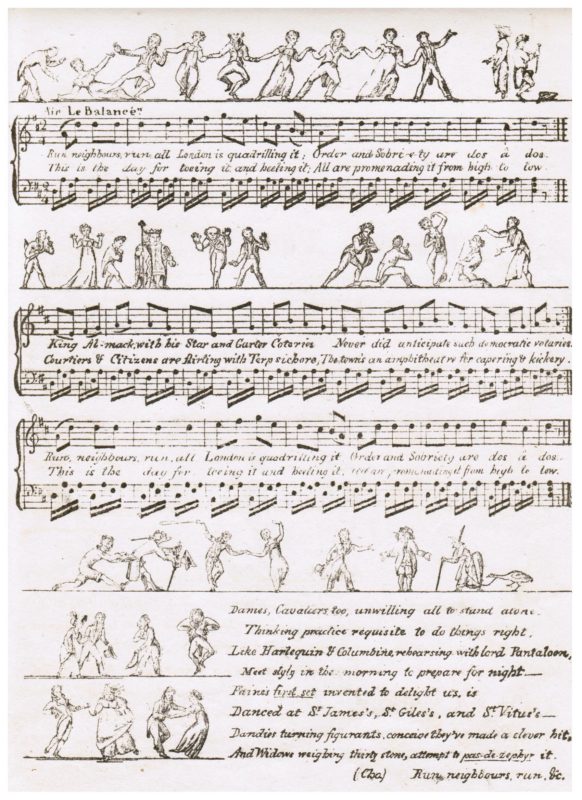 Twyman returned to the work in his Panizzi Lectures: ‘Lithography made it possible for words, pictures, and other graphic marks to be produced together using precisely the same technology … [Smith’s work] illustrates as well as any single item can the new opportunities offered by lithography in this respect.  Hawkes Smith wrote the verses, set them to music, wrote out both the text and the music, drew the illustrations, designed the publication, printed it, and published it too …  His three known music publications, a couple of which ran to further editions, are in some respects closer to being “desktop” publications than their late twentieth-century equivalents’ (Breaking the mould: the first hundred years of lithography, British Library, 2001, pp. 8–9). 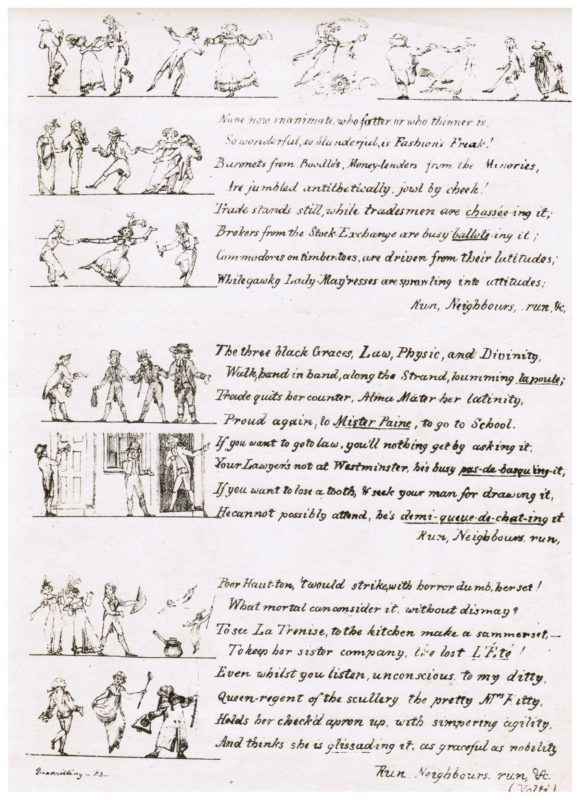 The satire itself targets the quadrille, ‘one of the most popular ballroom dances of the 19th century’ (New Grove), which had been introduced to London at Almack’s Assembly Rooms in 1815 and must soon have spread across the country. 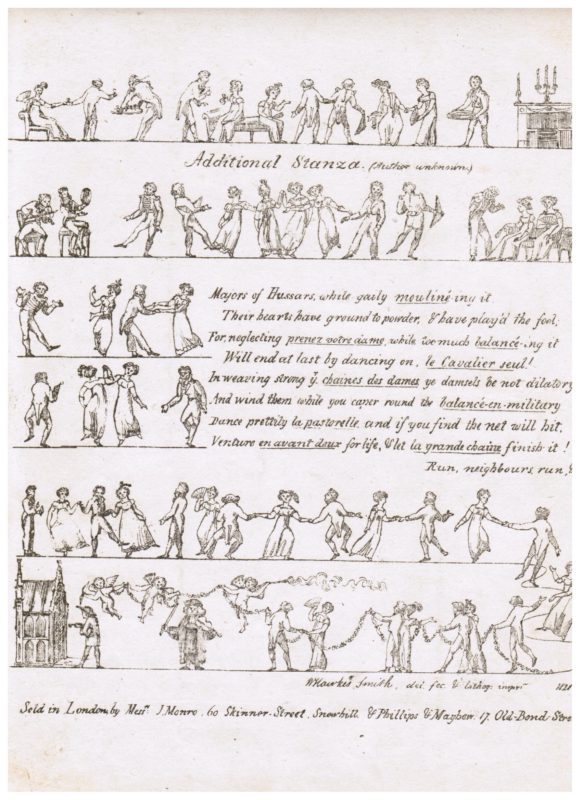 Posted in
Previous: Donald: the mask's thrown off Next: Disappointed of Merseyside