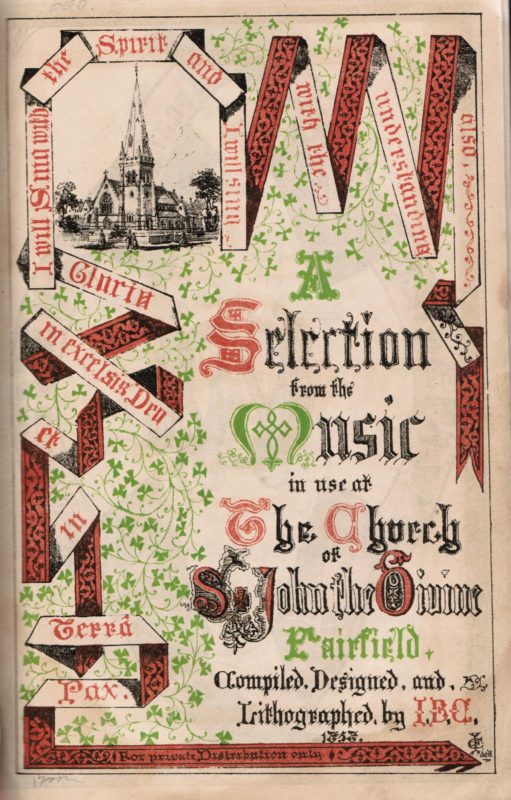 Here’s rare book: the first (and probably only) edition of A Selection from the Music in use at the Church of St John the Divine Fairfield, privately printed in—presumably—a small number of copies, in 1858.  (This is Fairfield, Merseyside, by the way, not Connecticut.)  The compiler was one J. B. Cooper. 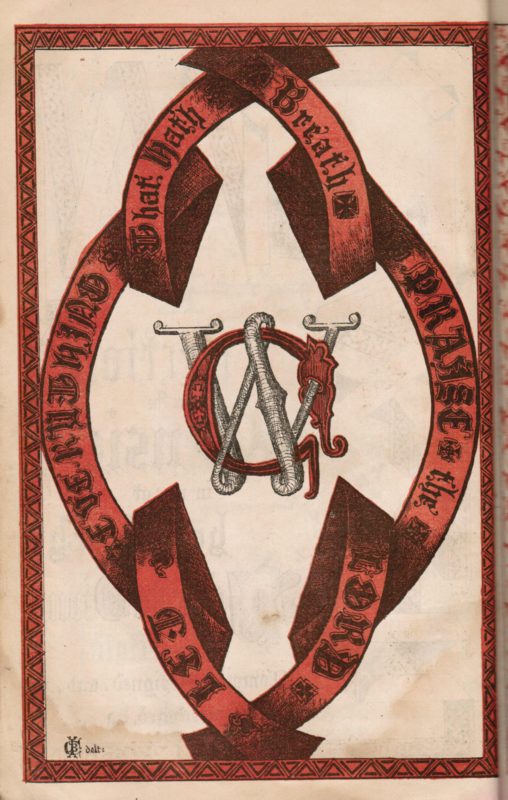 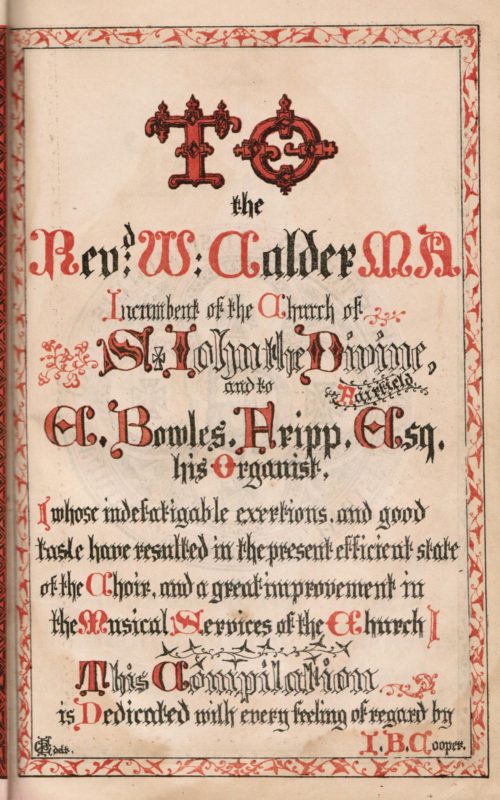 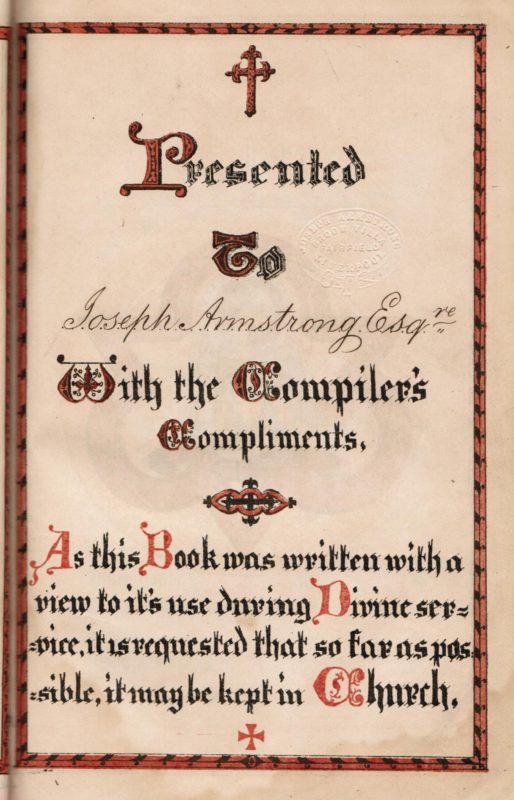 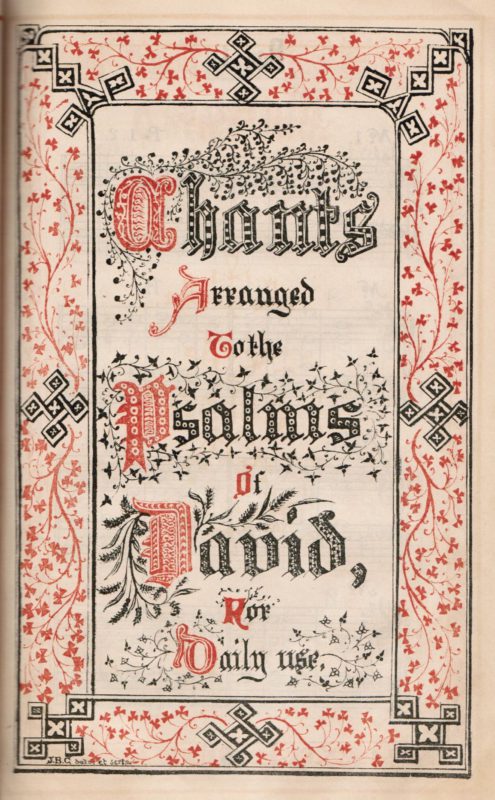 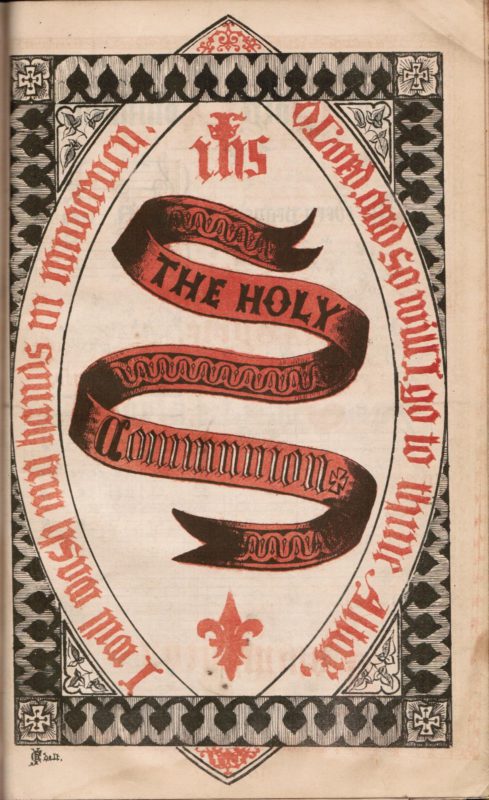 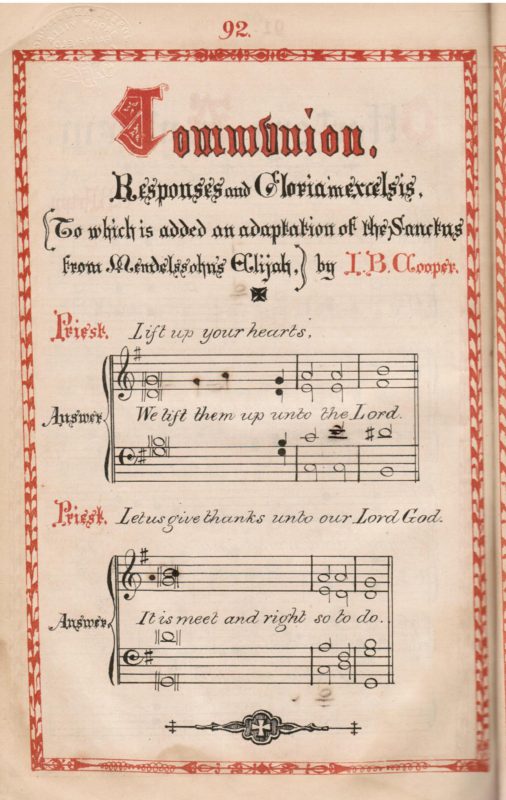 The whole thing is wonderfully ornate, and a fantastic example of Victorian private lithography, but it seems the final result did not meet with Cooper’s approval: 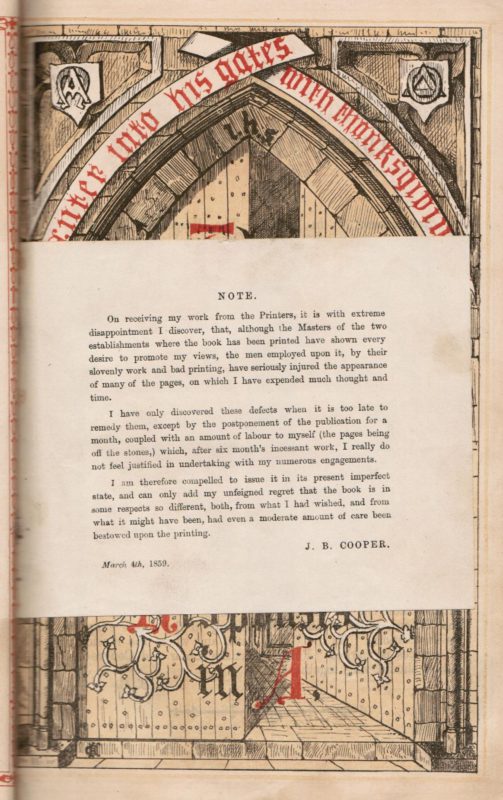 This was after having previously thanked the printers, Marples and Fraser, and their foremen for their ‘valuable assistance’ and for ‘furnish[ing] me with facilities which the limited resources of my own office and press did not supply’.

St John the Divine, Fairfield (architect: W. Raffles Brown) was consecrated in 1853, just five years before Cooper created his book.  According to its website, the Diocese of Liverpool agreed to demolish the church in 2008, as it had become structurally unsound.

Posted in
Previous: The new opportunities of lithography Next: Lovely litho