The past couple of weeks I have written about the opportunities offered by lithography to British musicians in the nineteenth century, and the problems they also encountered.

One of the obvious benefits of the new medium was illustration, and a number of recent acquisitions set me thinking about this: 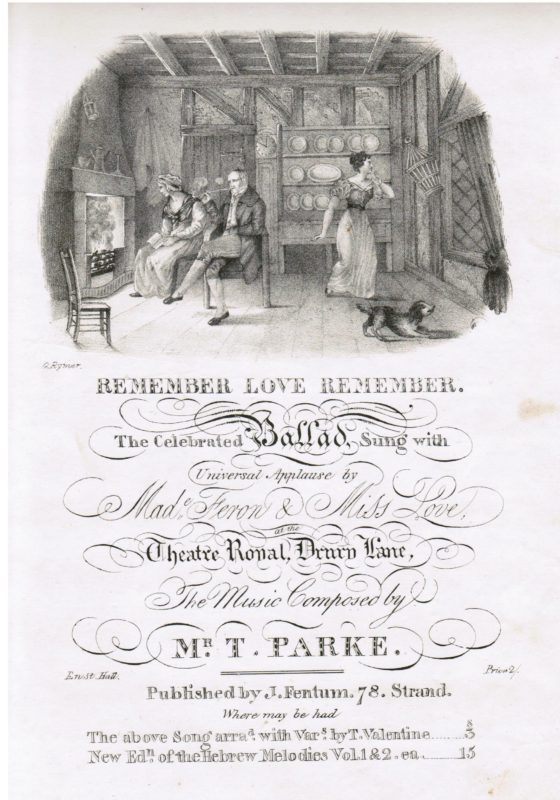 This song was published c.1820, i.e. before lithography was being used in the UK for music itself (the notes are all engraved here), but was beginning to be employed to enhance the outward appearance of music publications.  The title illustration depicts a moment in the song: a young woman and her parents, she (and their dog) turning towards the window and the tap-tap-tapping of her beloved.  The composer, Willliam Thomas Parke (1762–1847), was principal oboe at Covent Garden for forty years, but took to composing light songs such as this in his later years. 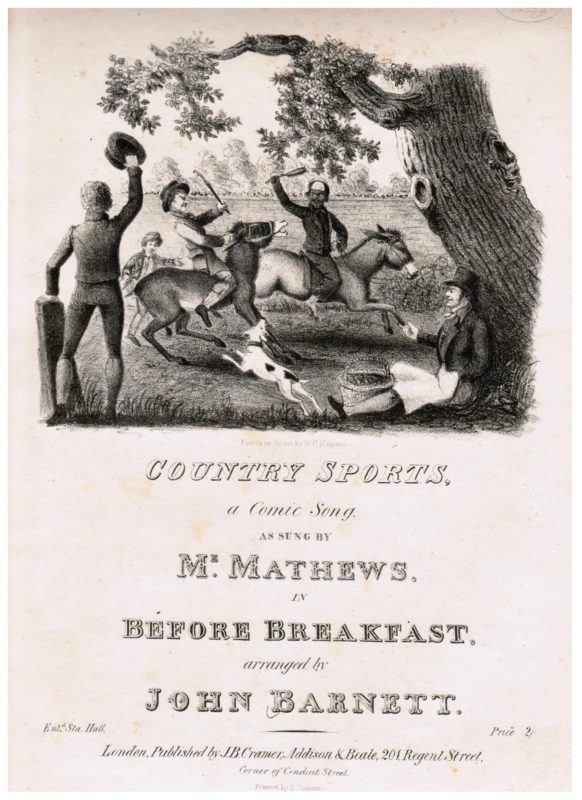 Published in 1826, this is is a relatively early work by Barnett (1802–1890), though he was a published composer when still in his teens.  (The production from which it comes, Before Breakfast, was a highly popular musical put on by Richard Brinsley Peake, ‘one of the author’s most successful plays, performed no fewer than thirty nights in its first season’, Oxford DNB).  Again, the title-page here is lithographed, but the music is engraved. 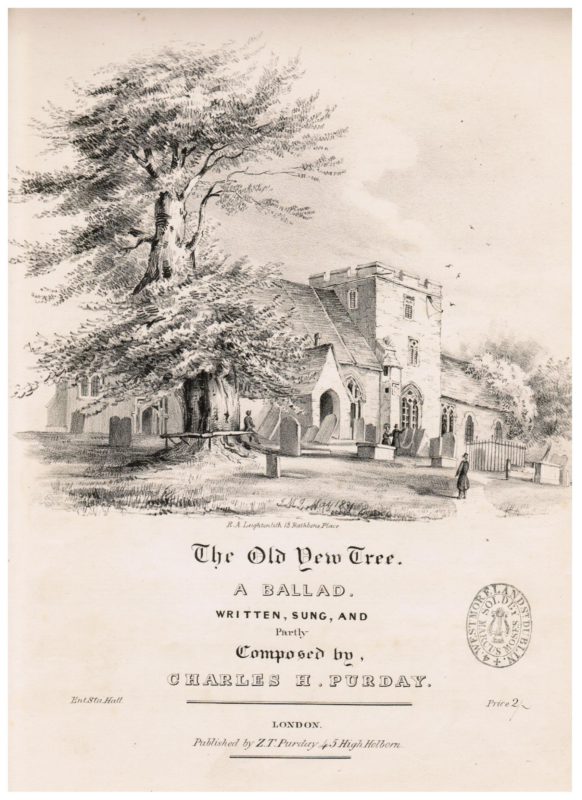 This is the first edition of a ballad by Charles Henry Purday (1799–1885), published in 1837,  and ‘written upon the occasion of the tremendous storm of the 29th of November 1836, which severed the Tree represented on the title page in two; which Tree, and the Church are faithfully sketched as they stood previously to the above period, in the Parish of Boughton Monchelsea, near Maidstone, Kent.’

Later in the century, in the 1880s, another musician, Frederick Ouseley (1825–1889), Professor of Music at Oxford for over thirty years, turned to lithography for producing the handouts to accompany his lecture series on Spanish church music: 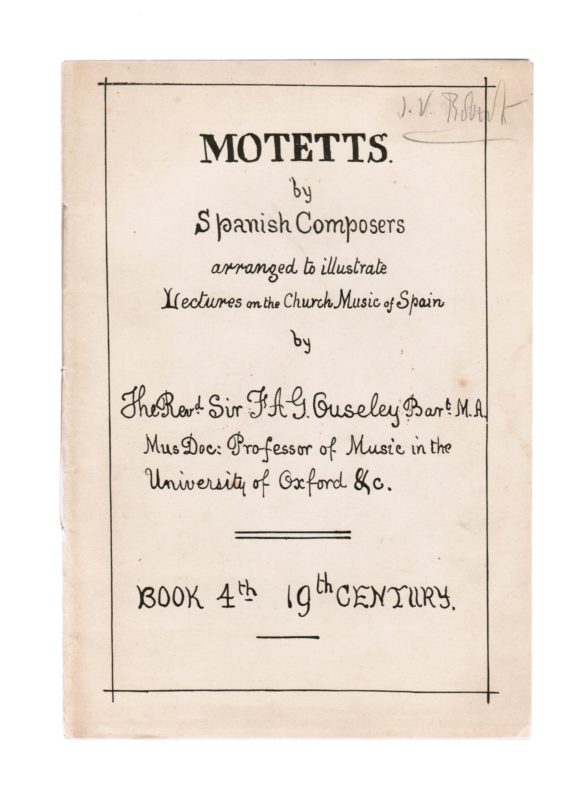 Posted in
Previous: Disappointed of Merseyside Next: A burlesque Tempest