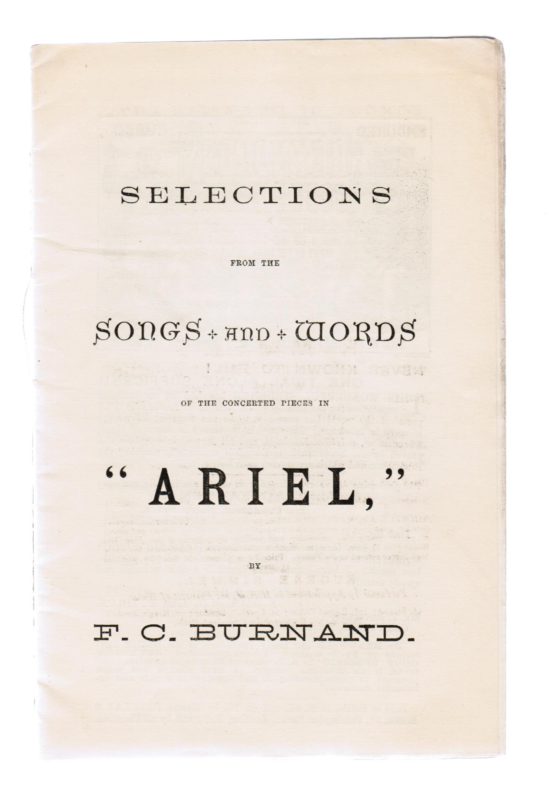 When I put out a list on the theatre last year, this was one of the most sought-after items: excerpts from Ariel, a burlesque stage production based on The Tempest by the prolific playwright, librettist and editor of Punch, Francis Cowley Burnand (1836–1917).

Ariel was first performed by John Hollingshead’s company at the Gaiety Theatre on 8 October 1883, with Ellen ‘Nellie’ Farren (1848–1904) in the title role and Arthur Williams (1844–1915) as Prospero.  It received mixed reviews; The Times complained of the ‘flatness and insipidity’ of Burnand’s text and of his ‘vulgarising’ the original.  The Observer was less censorious, finding the piece moderately amusing, and predicting correctly that it would run well until making way for the annual Gaiety pantomime at Christmas.  It is certainly more jocund than its source material, containing a musical chorus of Storm Fairies, a duet between Miranda and Prospero, and a music-hall number for Alonzo entitled Just My Luck. 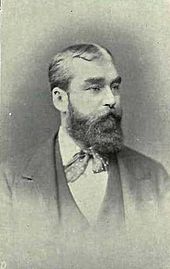 From 1860 until his death Burnand produced more than two hundred burlesques, farces, pantomimes and other stage works.  He took over the editorship of Punch following Tom Taylor’s death in 1880, and is thought to have improved the paper’s tone, brightening it with his ‘rackety leadership’ (Oxford DNB).  Arguably his greatest editorial move was the publication of the enduring classic The Diary of a Nobody (1888).

Although it purports to be a selection of excerpts, no full version of the play is recorded and this may either the whole, or its only survival.

Posted in
Previous: Lovely litho Next: O say, can you see...?