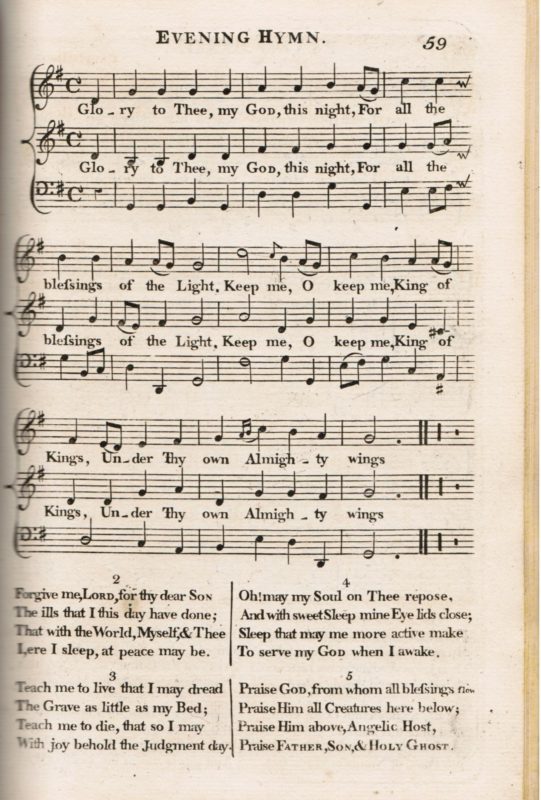 I am currently getting ready for the London International Antiquarian Book Fair at Olympia, at which I shall be exhibiting, among other things, some nice eighteenth-century English music, recently acquired. 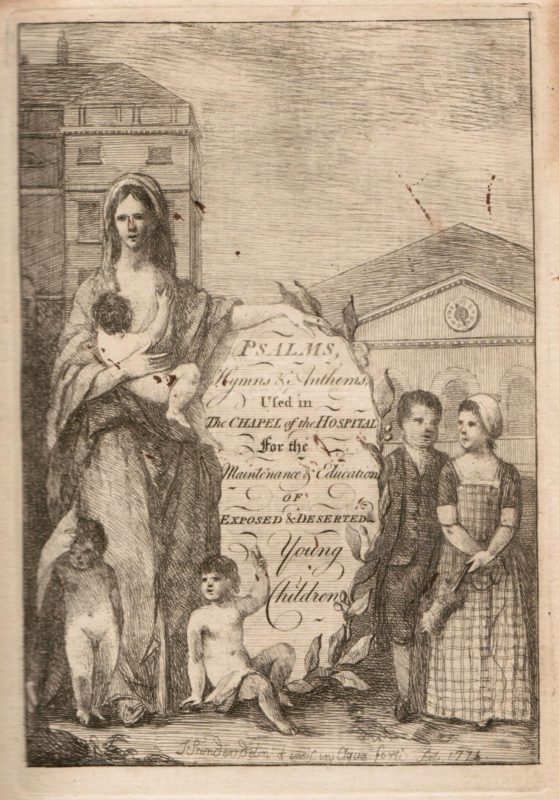 This is a copy of what’s known as the Foundling Hospital Collection, a fashionable volume of hymns and psalms which went through eight different printings between 1760 (a sole copy known, at Illinois) and 1809.  This one dates from c.1780, and reprints the greatly expanded 1774 edition (the first with the new title-page etched by Sanders, depicting a woman, children, and with the Hospital chapel in the background), but with a new letterpress section at the end, giving the words to four anthems by John Stanley (1713–1786), the famous blind organist of the Temple Church, and six by Maurice Greene (1718–1755), late Organist of St Paul’s Cathedral.

The Foundling Hospital, Britain’s first children’s charity, had been established by Thomas Coram in 1739.  ‘The Hospital chapel, in use by 1749 and officially opened in 1753, soon became well known for its music as well as for its elegant architecture and adornments …  The singing of the children at ordinary Sunday services was a great attraction to fashionable London and became an important source of income to the Hospital through pew rents and voluntary contributions.  Music was specially composed and arranged for the Hospital chapel, and the success of the singing led to a demand for this music, which was met by the publication of a book called Psalms, Hymns and Anthems; for the Use of the Chapel of the Hospital for the Maintenance and Education of Exposed and Deserted Young Children.  It is generally known more informally as the Foundling Hospital Collection’ (Nicholas Temperley, ‘The Hymn Books of the Foundling and Magdalen Hospital Chapels’, Music Publishing & Collecting: Essays in Honor of Donald W. Krummel (1994), p. 6). 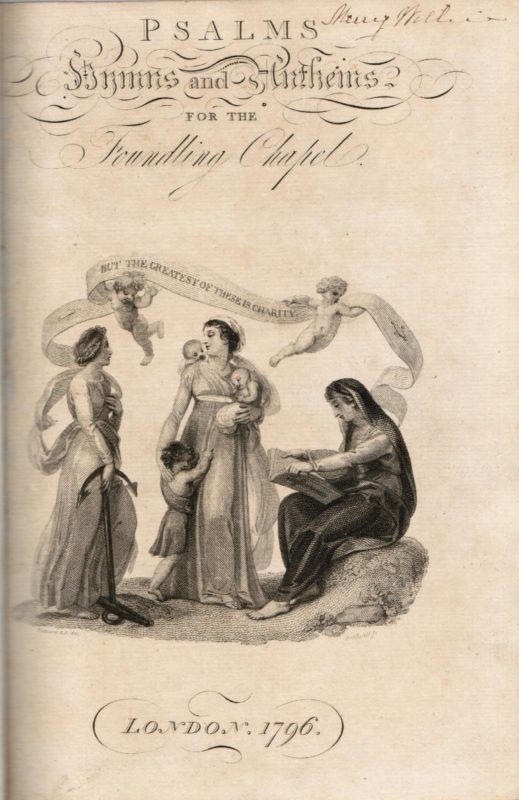 By the mid 1790s, ‘further efforts were made to render the services more attractive.  A special Chapel Committee was set up in 1795 …, [which] asked the Secretary to “report upon what has been done with respect to a new publication of the Hymn Book.”  No report emerged, but a completely new edition of the hymn book did appear, with a shortened title Psalms Hymns and Anthems for the Foundling Chapel, a new pictorial title-page  …  Musically, this edition is no great advance on its predecessors, but there are a few solos …  The other added pieces are chiefly traditional texts and tunes, and the only new composer is Thomas Arne, in a tune borrowed from the Magdalen Chapel Collection’ (op. cit., pp. 15–16).

Posted in
Previous: Many a slip Next: French journals, personified

4 responses to “The Foundling Hospital Collection”