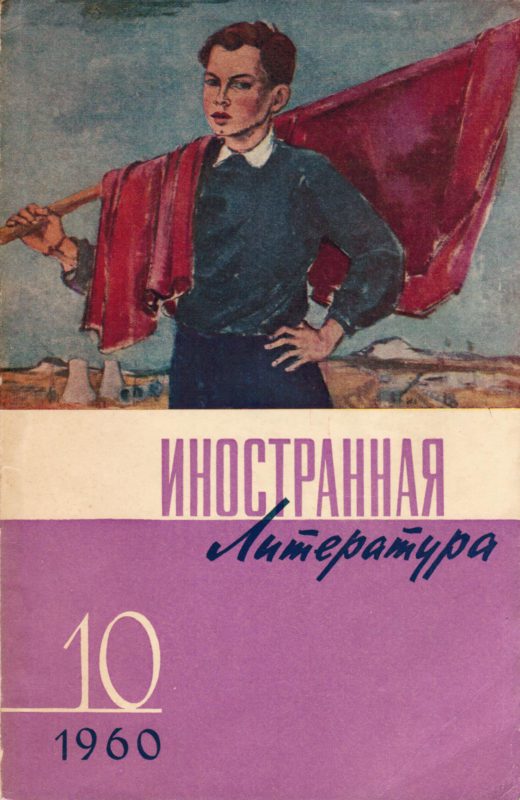 ‘The death of Stalin in 1953 brought about a gradual, partial relaxation of the terror that for decades had governed the attitudes of the Soviet populace, and particularly the intelligentsia.  At the height of the cold war, Soviet isolation from the West had been so complete and Soviet doctrine so rigid that genuine cultural contacts with America were virtually impossible.  Intellectual activity that led to any kind of overt admiration for American culture had been dangerous in the extreme.  Now the Soviet Union was once more emerging from isolationism, and as her intelligentsia gained release from their enforced timidity, their long-frustrated interest in things Western was given limited rein’ (Deming Brown, Soviet Attitudes toward American Writing, pp. 174–5).

One American book which came to Russian attention at this time was On the Road (1957), extracts from which were translated by by Vera Efanova (1909–2006) and published in the journal Inostrannaia literatura (Foreign Literature) in October 1960, in a number specially dedicated to youth culture, with illustrations by Vitaly Goriaev (1910–1982; People’s Artist of the USSR, 1981): 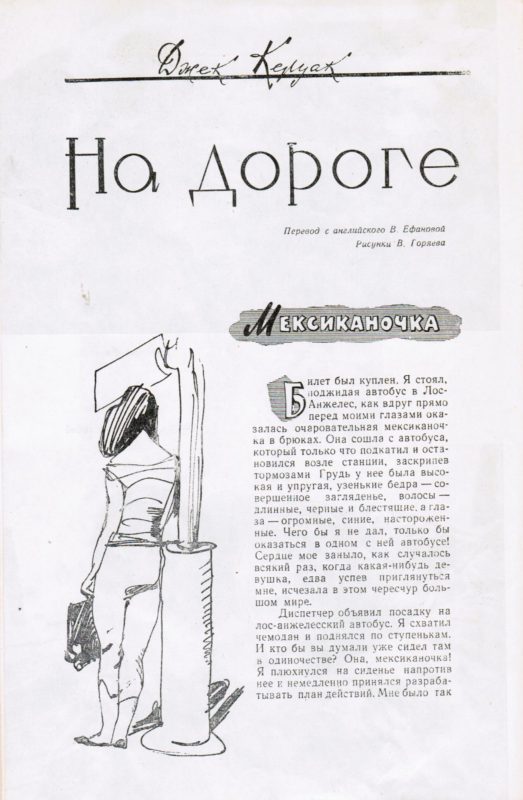 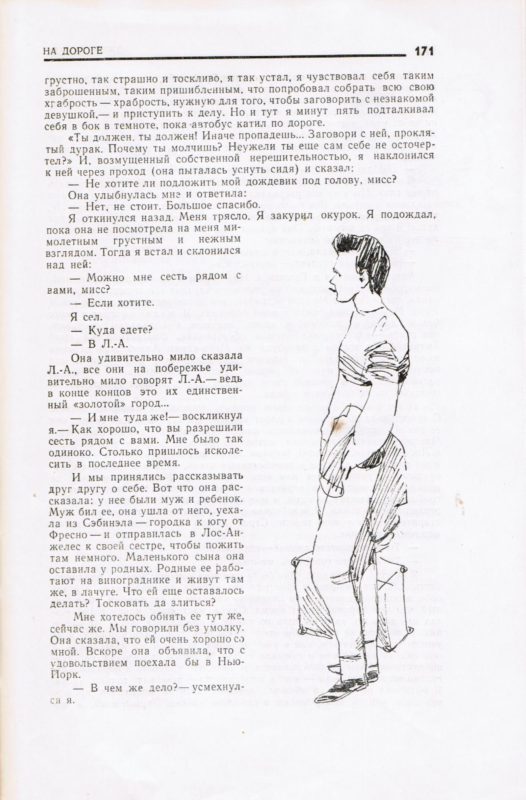 It was the first appearance of anything by Kerouac in Russian.  ‘Contemporary American literature faced a prolonged and complicated battle for recognition in the Soviet Union.  In 1958 the influential and reactionary critic Roman Samarin accused the magazine Inostrannaya literatura of favoring American literature over those of other nations …  In reply, the editor in chief defended his policy of printing works of critical realism, but confessed to insufficient ideological vigilance and promised that any future translations would be accompanied by a larger number of corrective and editorial comments.  Nevertheless, the magazine did continue to publish a wider variety of American authors.  In 1959 it printed Tennessee Williams’ Orpheus Descending—a feat that would have been unthinkable two years before.  Equally startling were the appearance in 1960 of excerpts from Jack Kerouac’s On the Road (printed, however, as an example of the decadence of the “beat generation”) and the entire text of J. D. Salinger’s Catcher in the Rye’ (Brown, p. 195). 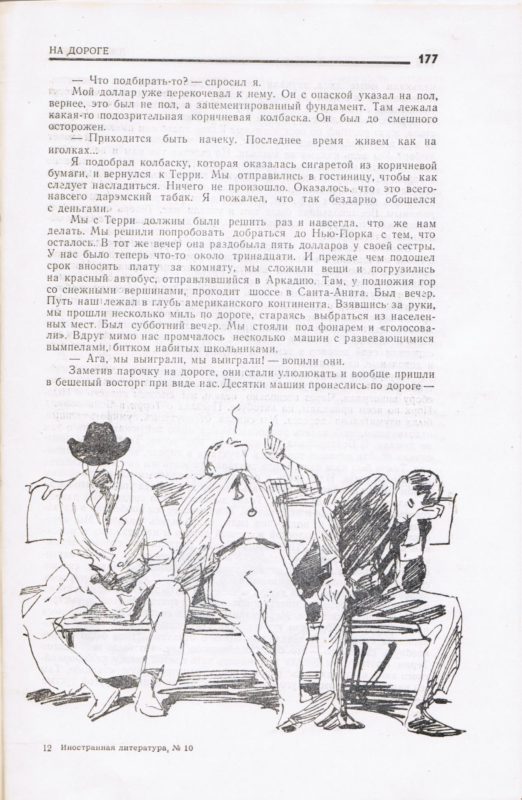 Posted in
Previous: The first dog drama Next: A Russian choir in Victorian England