Dmitrii Agrenev-Slaviansky (1834–1908) was a Russian singer who founded a choir in 1868, and toured for many years around Europe and the USA.  According to one source, they gave more than 15,000 concerts over 40 years. 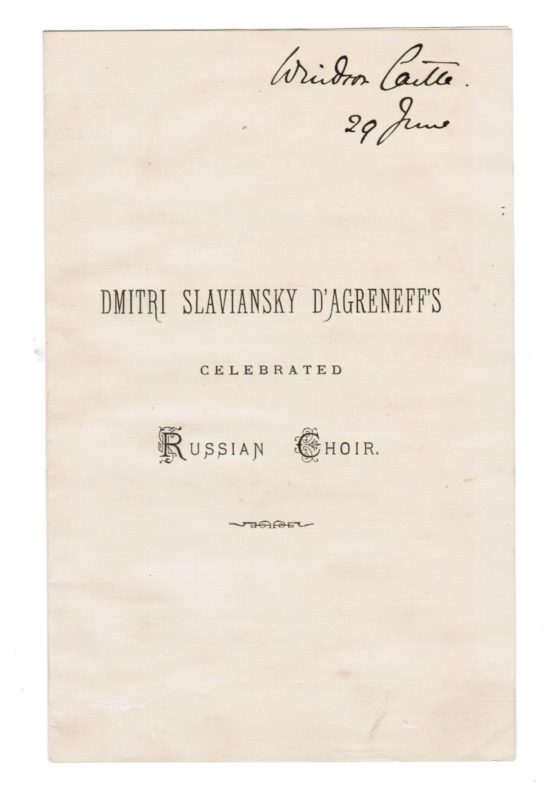 This printed programme, from 1886, shows the kind of thing Western audiences could hear, many of them, such as ‘Kalinka’ and ‘Ei, ukhem!’ (sometimes called ‘The Song of the Volga Boatmen’), still well known to us today: 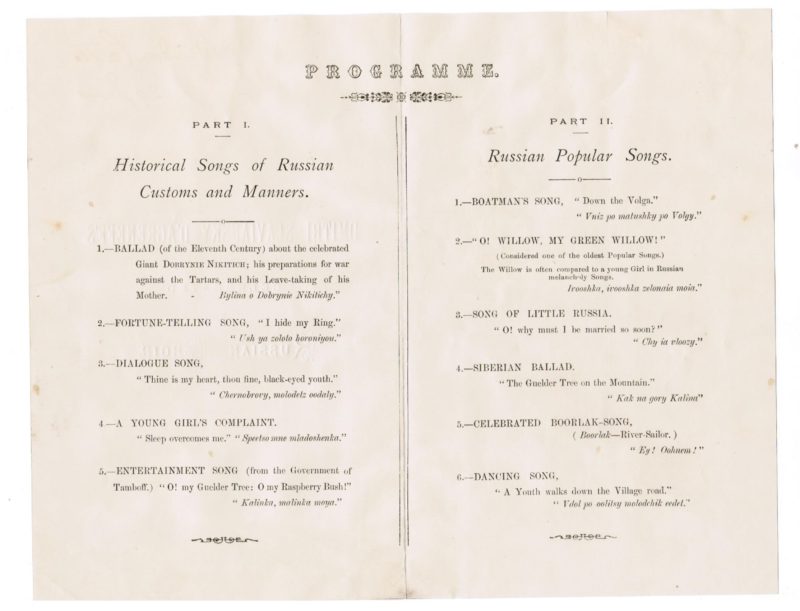 According to the Royal Collection website (where you can also see a photograph of the group), ‘this famous choir … [performed] on several occasions to members of the Royal Family.  The Prince of Wales invited them to provide some of the music at a garden party which he gave at Marlborough House on 11 July 1886.  Queen Victoria had been present at a performance given by the choir in St George’s Hall, Windsor Castle, on 29 June.’

Posted in
Previous: On the Road in Russia Next: Rule, Britannia! In Russia.