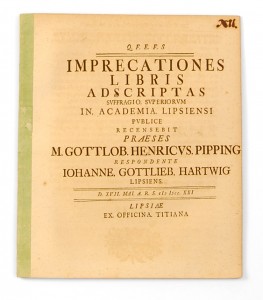 Sooner or later, as a bibliophile, you are bound to come across the curse found in the library of the Monastery of San Pedro in Barcelona: ‘for him that stealeth a book, let it change into a serpent in his hand and rend him, let him be struck with palsy and all his members blasted, let him languish in pain, crying aloud for mercy …  Let bookworms gnaw his entrails, in token of the Worm that dieth not, and when at last he goeth to his final punishment, let the flames of Hell consume him forever and aye.’  Sadly, the whole thing is the invention of Edmund Lester Pearson (1880–1937), an American librarian, who published the curse, anonymously, in The Old Librarian’s Almanack. By Φιλοβιβλος. A very rare pamphlet first published in New Haven Connecticut in 1773 and now reprinted for the first time (1909), itself a hoax publication. 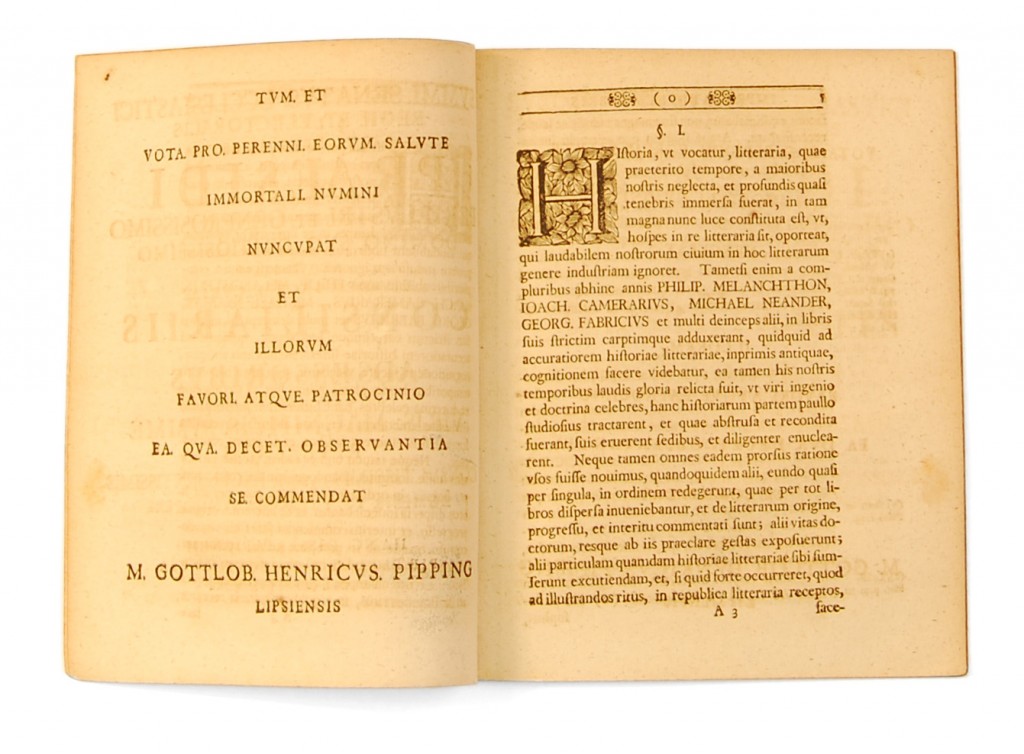 But book curses do exist and here form the subject of a dissertation by a young lawyer, Gottlob Heinrich Pipping, published in Leipzig in 1721.  Pipping has read widely (one book cited, the eleventh-century Leofric Missal, originally from Exeter Cathedral, is at the Bodleian Library) and identifies curses intended to deter corruptores (readers who add or remove words) and profanatores (defacers of sacred texts), as well as thieves, offering a number of colourful examples from a variety of books (religious, legal, medical, alchemical). 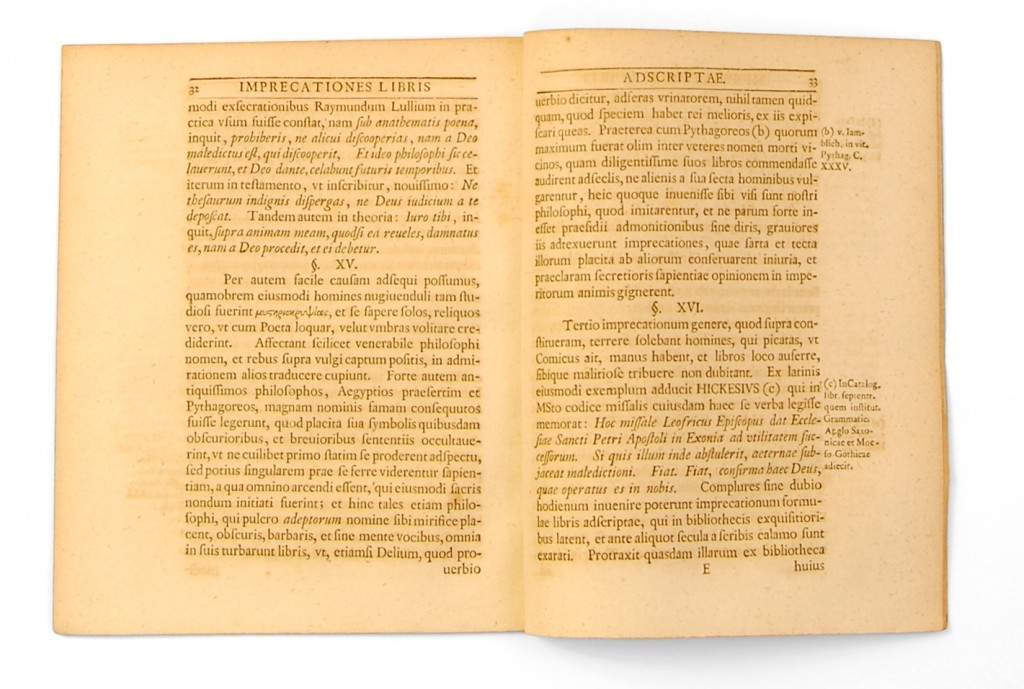 The Pippings were a well-respected Leipzig family.  When, in 1741, Gottlob married the daughter of the pastor of the Thomaskirche, Bach wrote a cantata for the ceremony (Dem Gerechten muss das Licht immer wieder aufgehen, BWV 195; in the autograph, Bach terms it ‘Copulations Cantata’).

Posted in
Previous: Printer's waste, in D major Next: The Archivist from Hell

One response to “Curses! Or, stopping the book thieves”