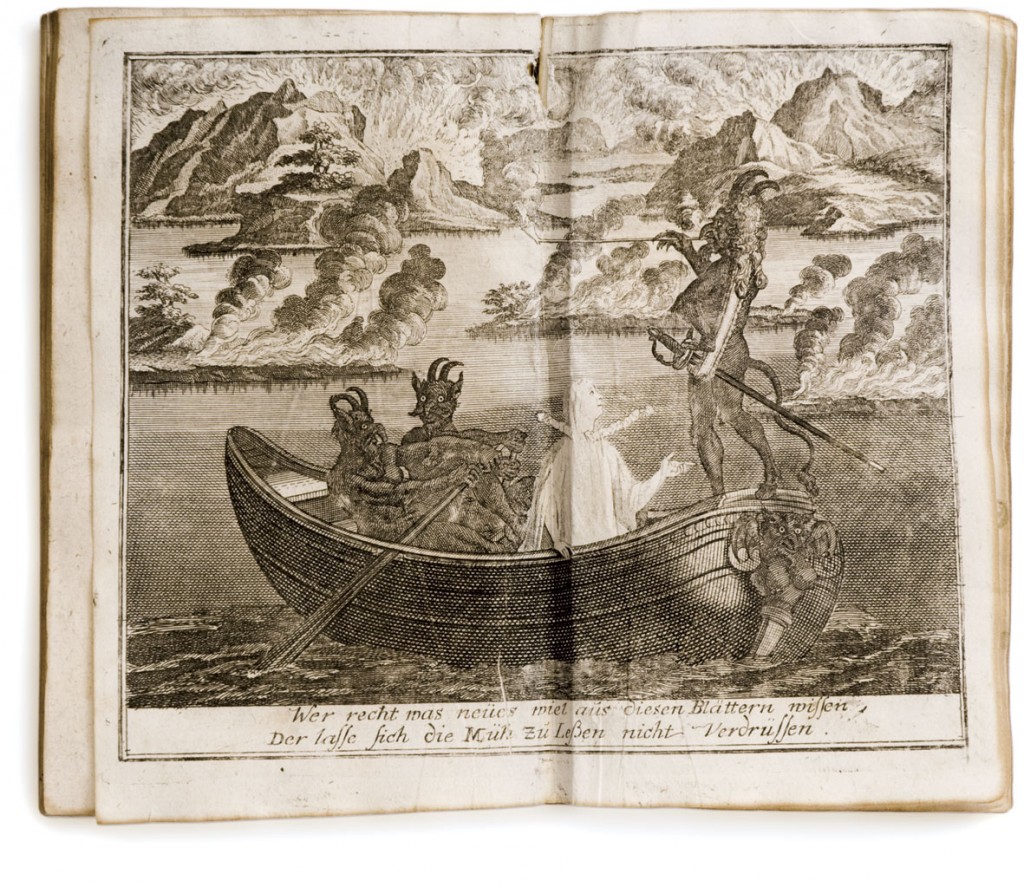 Here are two entertaining and highly imaginative satires, published in 1744 by the German writer Johann Friedrich Vetter, on the demise of France’s reputation during the War of the Austrian Succession: Das merckwürdige Leben, die sonderbare Kranckheit darauf erfolgter Tod und Begräbnuß der Französischen Reputation, welche zu dem allgrösten Leidwesen der Franzosen, mit einem noch niemal also gehaltenen Leichen-Conduct, unter einer schönen kurzen Parentation, in dem Tempel der Vergessenheit beygesetzt worden and Die allerneueste Reise-Beschreibung des irrenden Polter-Geistes der erst kürtzlich begrabenen Französischen Reputation so überall aus Himmel, Feg-Feuer und Hölle verstossen, und in ein besonder viertes Ort, gantz alleine zu seyn, verbannt worden.  The humour is most definitely black, and the tone rather gothic: the ghosts of slaughtered French troops attend the funeral procession here described, their officers riding skeleton horses, as the urn containing the ashes is carried into the Temple of Oblivion.  There follows the words spoken at the ceremony, the epitaph (in verse), and, lastly, an auction catalogue of Madame Reputation’s effects.  This is where the fun really starts: a machine for pulling others around by the nose; a portable laboratory for mixing poisons to kill off men in high places; twenty crates full of share certificates packed by John Law himself and marked with his seal; the snake from the Garden of Eden (stuffed), ‘now thought to have spoken French, as Eve could not have been seduced in any other honest language’; a box of French promises, but without any means of holding onto it; the complete works of Machiavelli engraved on polished steel plates and bound in such as way as to remain intact come what may.  The sale ends with 90 lots of valuable books and manuscripts, mostly imaginary although there appear to be a few real books listed, with titles that poke fun at the French. 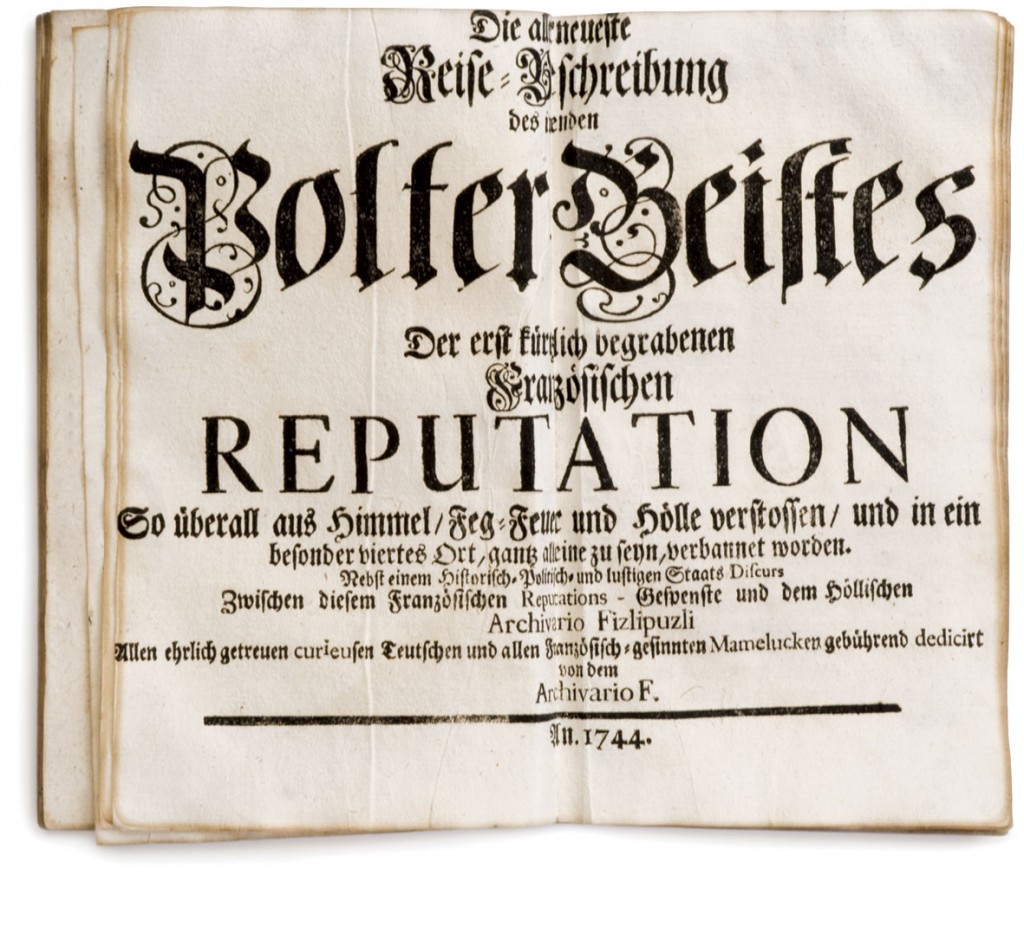 The second book in the volume is written in much the same vein, but the conceit here is that it was written by the devil Fizlipuzli, Hell’s archivist, and recounts a conversation had by him with the ghost of France’s reputation (a poltergeist, ‘worse than any blood-sucking vampire’) in the ferry across the Styx.  The frontispiece depicts the encounter, the pipe-smoking Fizlipuzli standing in the stern.

Although a fiction, from the preface it is clear that Vetter wants to tie his book in with the sensationalist vampire literature, based on recent official reports, which was available at the time and had quickly caught the public imagination.

Posted in
Previous: Curses! Or, stopping the book thieves Next: Coronation cantata