As I wrote last week, we have been working on a new catalogue, British Music: 200 years of performance, public and private.  It’s been enjoyable putting it together, doing the necessary research, and making some discoveries.  Here’s one: 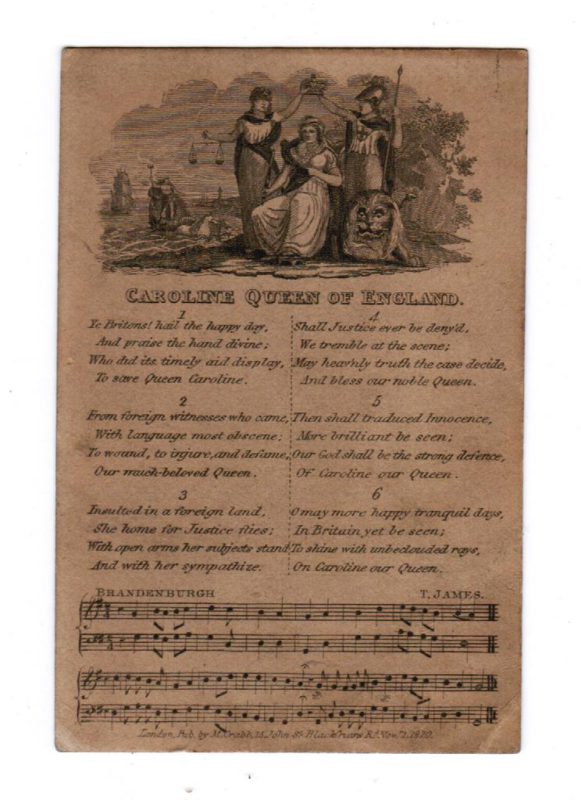 This little engraved card (114 x 78 mm) is an apparently unrecorded song, written in support of the beloved Queen Caroline at the height of her ‘trial’, ‘one of the most spectacular and dramatic events of the century’ (Oxford DNB), as an attempt was made in the House of Lords to strip her of her title and end her marriage to George IV.  Public favour was most definitely behind Caroline, and this card would have found a ready audience in the cheering crowds which lined the route to Westminster each day.

We have been unable to identify the publisher here, ‘M. Crabb, 15, John St Blackfriars Rd‘, or locate anything else he/she produced.  Crabb is not listed in Humphries & Smith, Music Publishing in the British Isles, the British Book Trade Index, or any of the usual online databases.

Posted in
Previous: Birthday tunes for a new King Next: The Death Song of the Cherokee Indian