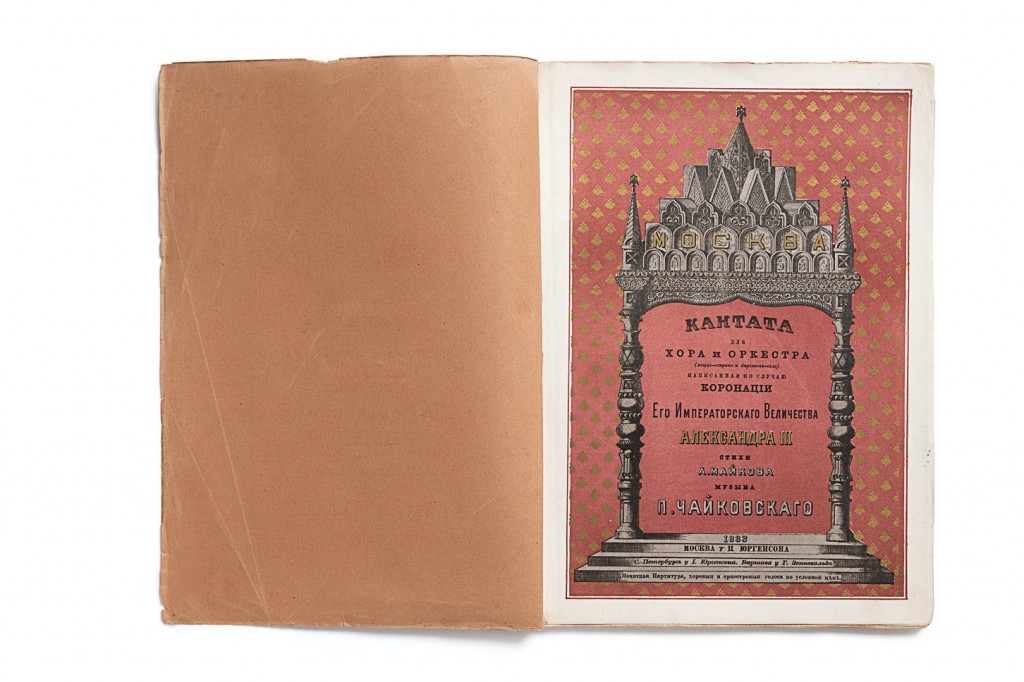 This is the first edition of the full score of Tchaikovsky’s cantata Moskva (‘Moscow’), with its shimmering chromolithograph title, written for the coronation of Tsar Alexander III.  Although passed by the censor for printing in May 1883 when the coronation took place, it was not published until five years later.  Writing to his publisher Pyotr Jurgenson in 1882, Tchaikovsky hoped that the cantata might be performed again, but not that it should be published.  A vocal score, however, with text in Russian and German, came out c.1884–5.

Tchaikovsky wrote: ‘Two unexpected and very burdensome tasks have descended upon me.  The City of Moscow has commissioned a ceremonial march to be performed at a festivity for the Emperor at Sokolniki [the Imperial hunting grounds, east of Moscow] and the Coronation Commission has sent me the text of a big cantata (the words are by Maikov) and is most insistent that I should write the music …  For six weeks I am going to have to wear myself out in sleepless nights and drive myself to the point of exhaustion.  The President of the Commission says in his letter that only I can extricate them from their difficulties because Anton Rubinstein has declined on the grounds that the notice was too short and has recommended me.

‘I have been much aided by the fact that the words of the cantata, by Maikov, are very fine and lyrical.  There is some petty patriotic boasting, but on the other hand the whole piece is deeply felt and written with originality; there is a freshness and sincerity about it which made it possible for me not merely to dispatch my difficult task just anyhow, so long as duty was done, but actually to bring to my music a degree of emotional commitment, stimulated by Maikov’s marvellous verse’ (letters to Nadezhda von Meck, published in Orlova, Tchaikovsky: a self-portrait, OUP, 1990, pp. 246–7). 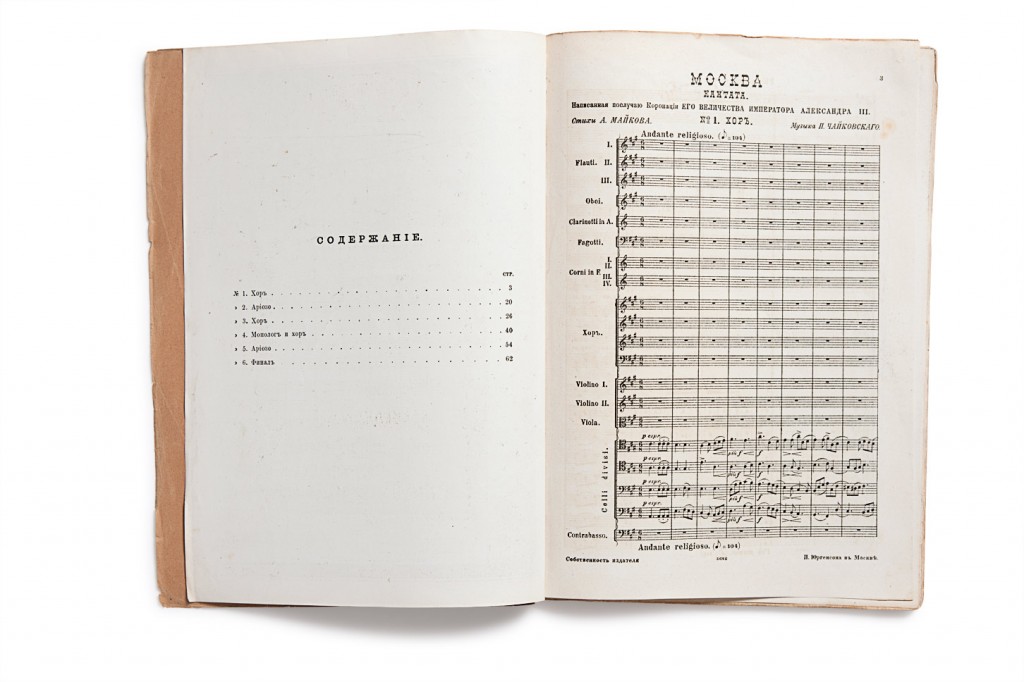 The premiere took place on the coronation day itself, 27 May 1883, during a dinner at the Granovitsky Palace in Moscow.  The soloists were the mezzo Elizaveta Lavrovskaya (the dedicatee of Tchaikovsky’s Six Romances, op. 27, of 1875) and the baritone Ivan Melnikov, under the baton of the great Eduard Nápravnik.

Posted in
Previous: The Archivist from Hell Next: Spycatcher

One response to “Coronation cantata”