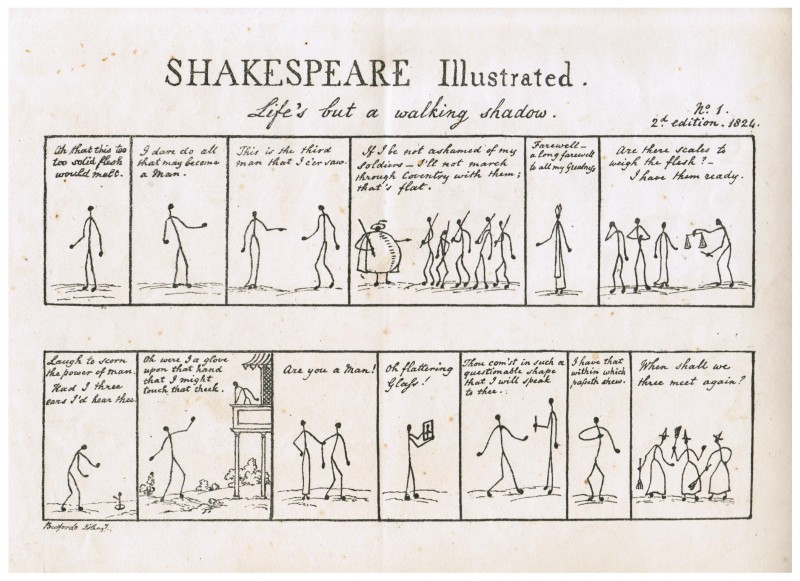 Here’s fun: stickmen performing scenes from Shakespeare in 1824.  The artist, Thomas Bedford, was one of Bristol’s earliest lithographic printers (‘possibly the earliest’ according to Twyman, Early Lithographed Books, p. 150); he first appears listed as lithographer in 1823, so this is an early production of his.  The title is from Macbeth, but the other lines come variously from Hamlet, The Tempest, Henry IV, Part 1, Henry VIII, Merchant of Venice, Romeo and Juliet, and Richard II.

It’s not the earliest use of stickmen in art.  Cruikshank had produced an etching entitled Striking Effects produced by Lines & Dots – for the assistance of young Draftsmen (scenes of generally a violent nature) in 1817, and there is a even earlier example by G. M. Woodward (d. 1809), who designed two plates of acrobatic feats entitled Multum in Parvo, or Lilliputian Sketches shewing what may be done by lines & dots.

Posted in
Previous: Rousseau and women Next: Rossini's "Ivanhoe"