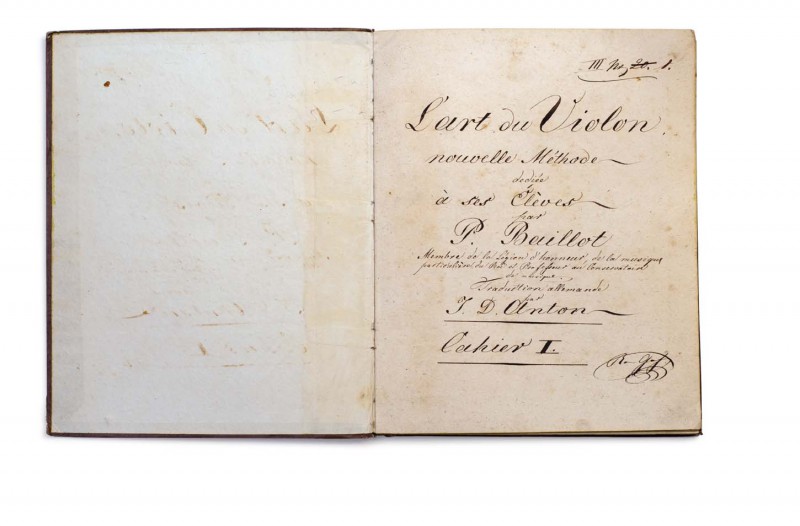 The first edition of Pierre Baillot’s L’art du Violon, nouvelle Méthode was published in Paris in 1835.  Two German translations appeared the same year, one by J. D. Anton (painstakingly copied out here by hand in 1837), the other by the German violinist Heinrich Panofka.  I find it very interesting to see how Baillot’s book circulated in the years after publication: not just in print, but in manuscript.  This is what the printed version looks like: 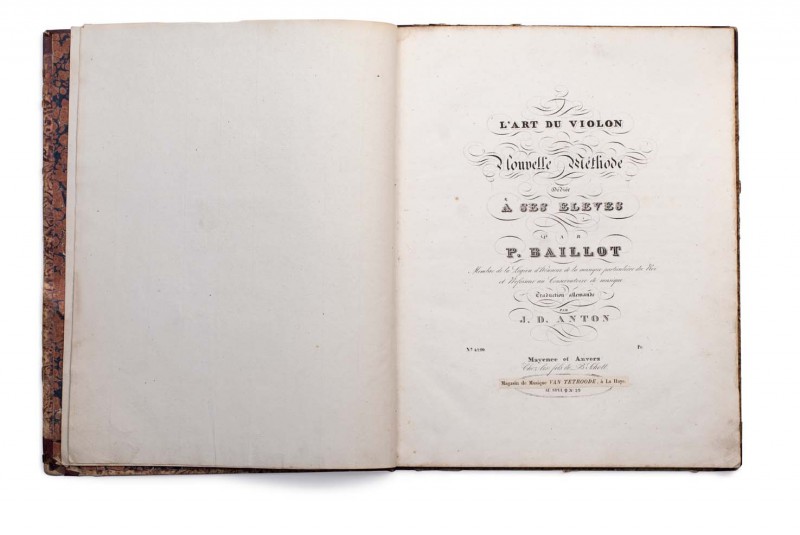 ‘Baillot’s L’Art du violon is one of the most important treatises written on violin playing, and as an in-depth treatise it had very few predecessors.  Many of the works entitled “Method” were no more than collections of short pieces preceded by the sketchiest of explanations of the basics of violin playing.  There were, of course, collections of études, but these were not methods …  In the early nineteenth century, there was widespread acceptance of physical changes in both the violin and the bow; many methods appeared that tried to teach the new techniques made possible by the changes.  Baillot, Rode, and Kreutzer’s Méthode de violon appeared in 1803; it was short and incomplete but gained wide acceptance because of its official sanction by the Paris Conservatoire.  There were a number of methods published in France between then and 1835, but they were mostly short … 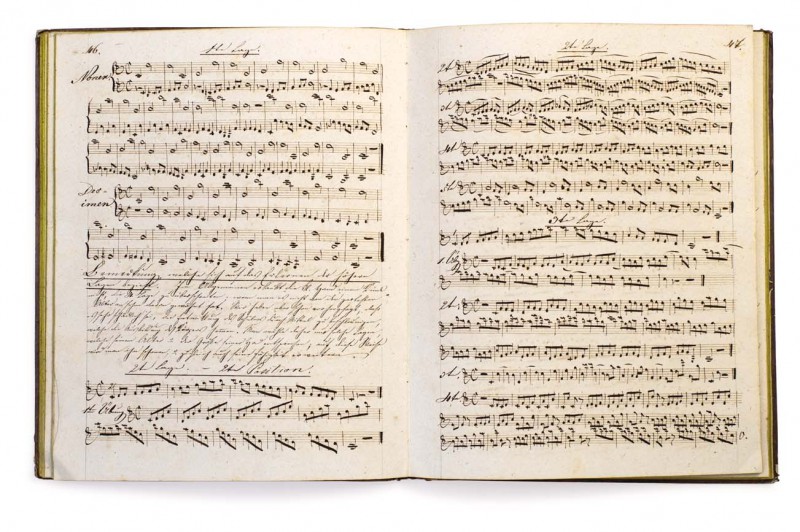 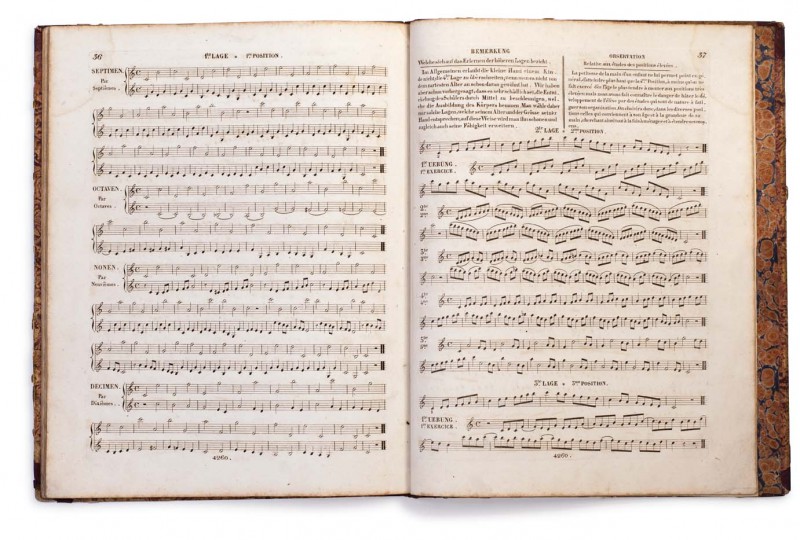 ‘L’Art du violon is thus one of the earliest and most complete treatises for the modern violin and bow.  Not only does it give a detailed and accurate picture of the technical side of violin playing in the first third of the nineteenth century in France, but it goes well beyond that.  In it the reader will find lengthy discussions of the artistic applications of that technique—when and how to use certain technical means to produce a certain music effect.  Its importance in the history of violin bowing cannot be overlooked, for it is the first treatise to be published that discusses in detail the ramifications and possibilities of bowing with the new Tourte bow.  And Baillot discusses subjects that extend to many aspects of music-making beyond the study of the violin: career guidance, how to plan a program, how to memorize, how to stand in concerts, etc.  He brings to the book his wide interest in literature, quoting from Young, Rousseau, Ossian, and others, and he shows the strong emphasis he placed on training the whole musician and the whole person, not just the technically trained violinist. 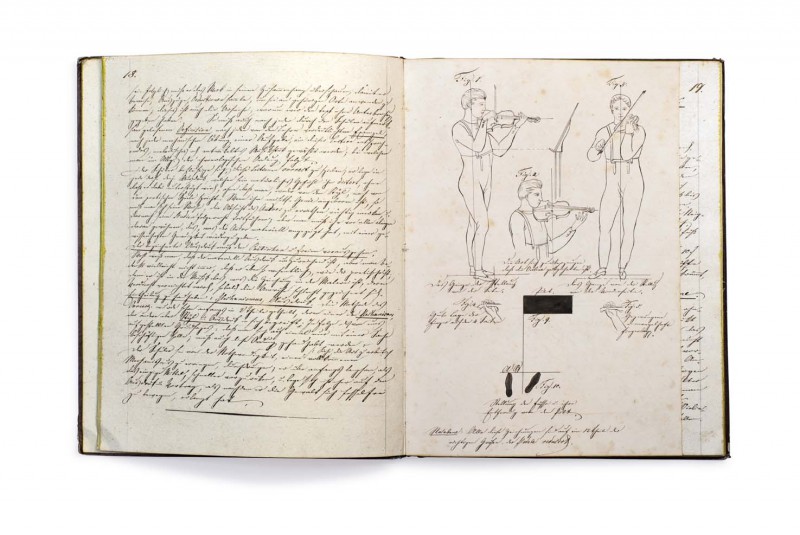 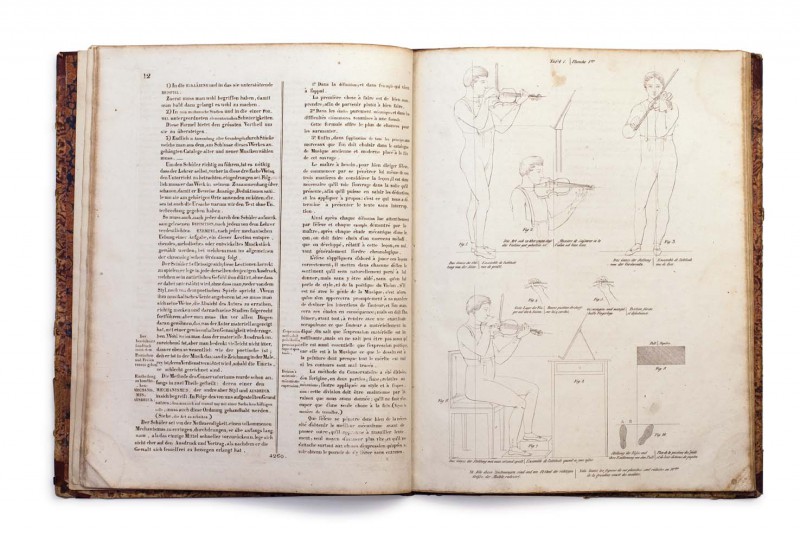 ‘A note must be made here about the publication date of L’Art du violon.  Baillot finished a draft of the book in 1833 …  A note in the manuscript states that corrections were begun on the first draft 29 November 1833.  With all his other duties, it was a long process; he reported in September 1834 that he had “worked on the corrections of the drafts; I am on the second.  Thus the work is finished…!”  The book appeared on 11 February 1835.  Most sources give the date of publication as 1834, but the 11 February 1835 is clearly written in Baillot’s hand on the manuscript of the illustrations for the treatise as the date it was published. 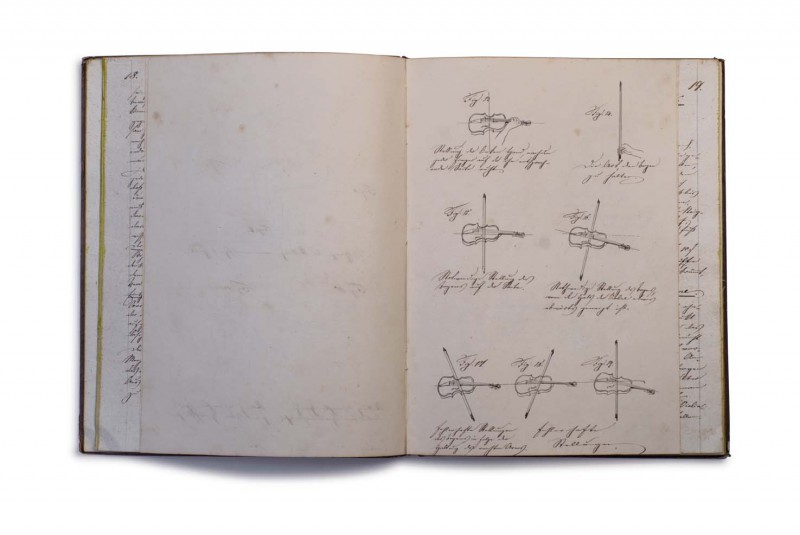 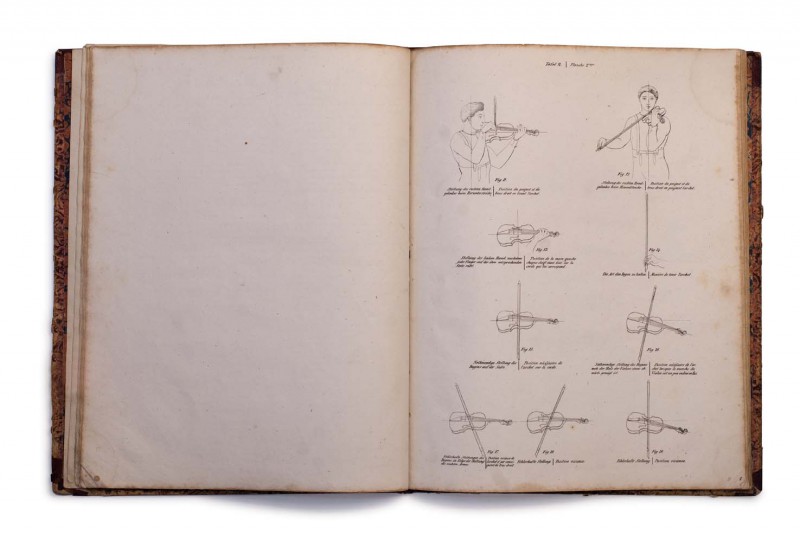 ‘The work received immediate praise and continues to be important.  Many of the exercises are still valuable, and as a document on violin-playing at its most artistic level at the time, it is unmatched’ (The Art of the Violin, ed. and tr. Louise Goldberg, 1991, pp. xxii–xxiii).

Posted in
Previous: Hooray for Olivuzza Next: A black writer hits out