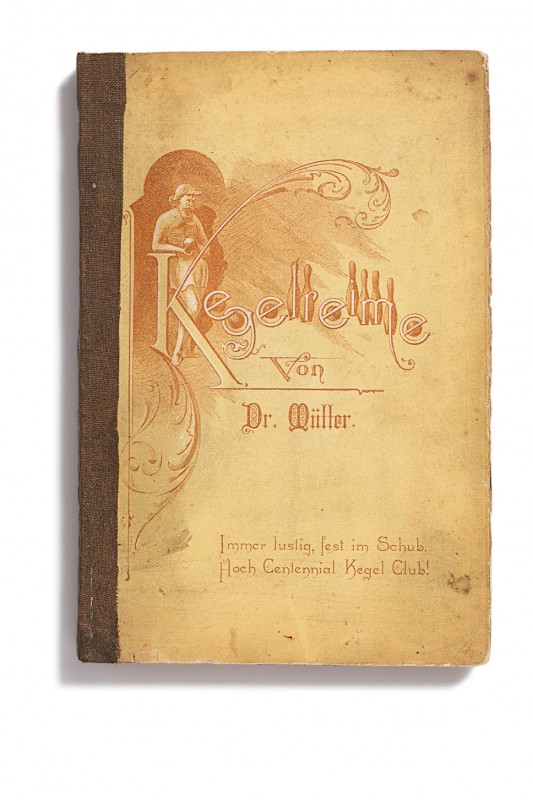 This is the first edition of Kegel-Reime (‘Bowling Rhymes’) by Dr Richard W. Müller, published in New York in 1886: a collection of German verse brought out as part of the 10th anniversary celebrations held by the Centennial Kegel-Club of the Deutsche Liederkranz von New York, describing particular bowling nights from the 1880s.  The 24 plates depict members of the Club preparing to bowl, with captions in either German or English. 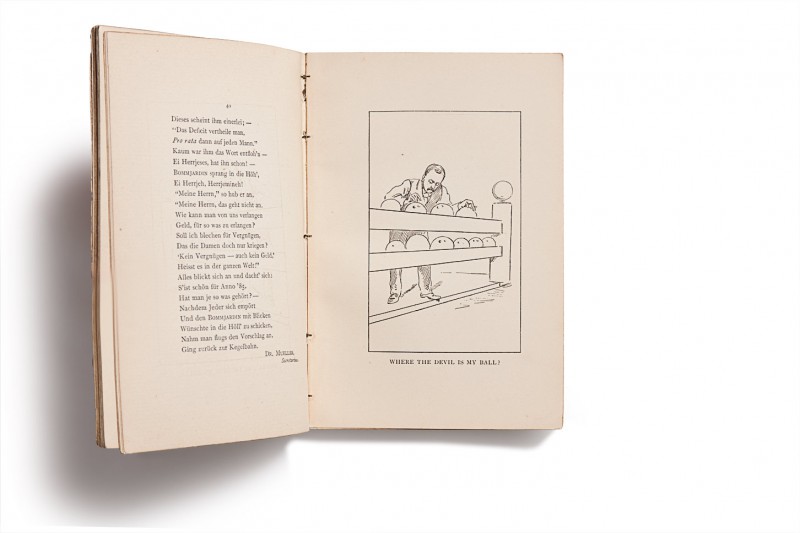 All-American ten-pin bowling has its origins in the various bowling games introduced by Dutch, English and German immigrants to the country at different times.  Though it is apparently a myth that the ten-pin game came about to circumvent certain laws banning ninepins, which by the middle of the nineteenth century had associations of gambling and crime, it certainly seems true that ten-pin bowling managed to become more respectable.

Posted in
Previous: A black writer hits out Next: Revolutionary music