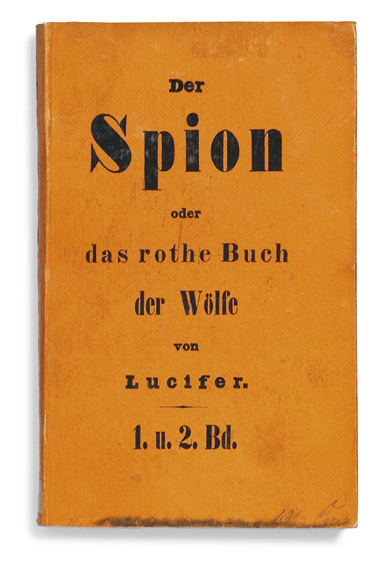 ‘The Spy, or the Red Book of the Wolves of Lucifer.’  Now there’s a title.  No matter that the printed paper covers are orange rather than red, this is a very rare spy thriller in an equally thrilling publisher’s binding.  Orange bindings from the nineteenth century are quite unusual.  The combination of the colour and the typography here, especially on the spine, struck me as well before its time: the book was published in 1851. 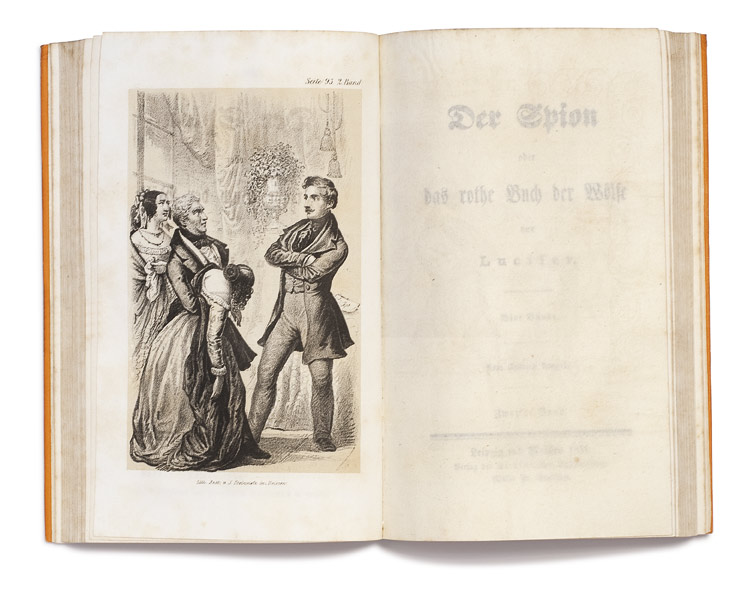 Spies and informers, plots and machinations, secret police and agents provocateurs, in Vienna, Paris, London and (briefly) New York, this is the tale of Arthur Bonvoisin, son of a secret agent, the beautiful marchesa Theodora Bonarotti, and a leading member of an underground movement called the Wolves.  Running from 1805 (Napoleon is a key figure in the novel), via the July Revolution of 1830, to the Vormärz, it is also a political piece, and the final hundred pages or so, ostensibly taken from the papers of one of the characters, comment on a variety of contemporary topics, such as communism, the role of religion, and freedom of the press.