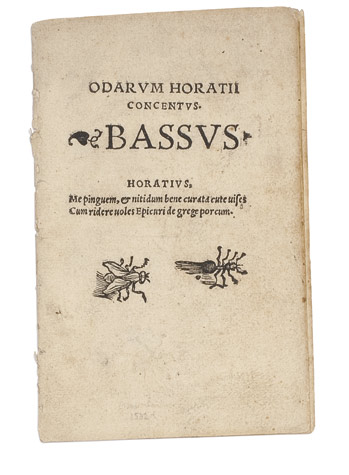 ‘Humanism was introduced to Germany toward the end of the 15th century, one of its chief founders there being the poet Konrad Celtes.  To help his pupils learn the nineteen meters of Horace’s odes and epodes and other Latin metrical patterns, Celtes had one of his students, Petrus Tritonius (= Peter Treibenreif), set representative Latin poems to music.  This was written in four parts, moving in block-chords, the note-values of the chords faithfully reflecting the longs and shorts of the text meters [and] were taken up in the Latin school-dramas that were presented throughout German-speaking countries during the 16th century’ (Gustave Reese, Music in the Renaissance, p. 705). 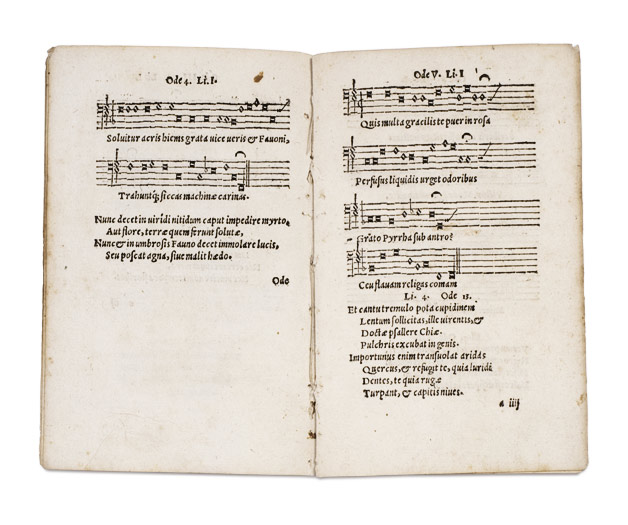 The book was first printed in Augsburg in 1507, by Erhard Oeglin, both in folio (as Melopoiae sive harmoniae tetracenticae …) and quarto (Harmonie Petri Tritonii …), and was the first music to be printed in Germany using moveable type.  When Christian Egenolff produced this little pocket edition 25 years later, in Frankfurt in 1532, it was another German first: the first German music book to be printed by single impression, a technique only established a few years earlier by Pierre Attaignant in Paris. 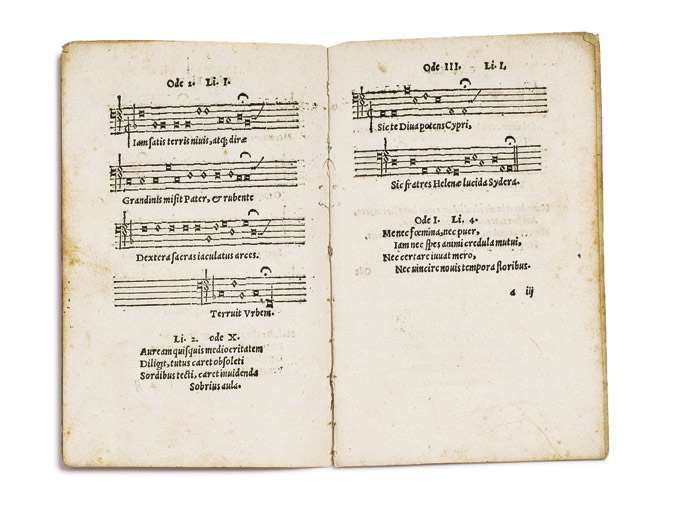 Posted in
Previous: A devil of a book Next: The scholar–book thief