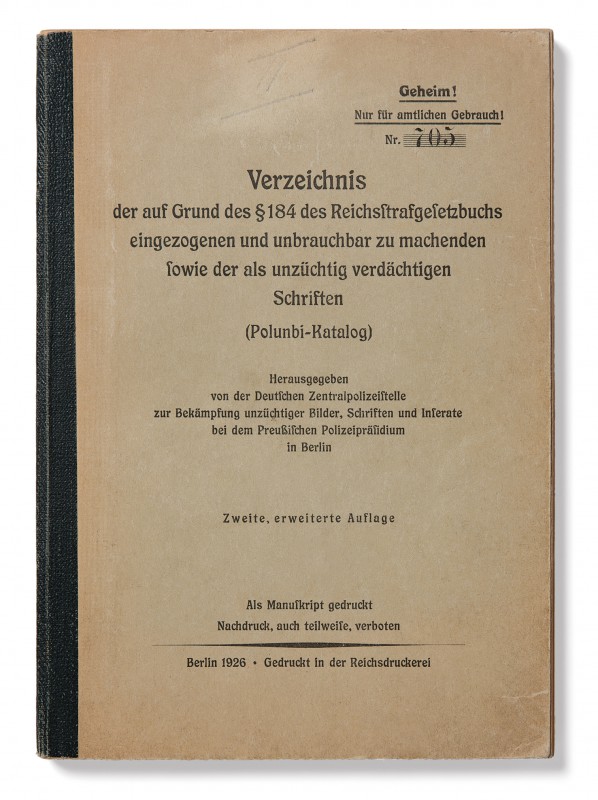 This is the infamous Polunbi-Katalog, the so-called ‘bible’ of the German Central Police Bureau for Combating Obscene Pictures, Books and Advertisements (Deutsche ZentralPOLizeistelle zur Bekämpfung UNzüchtiger BIlder, Schriften und Inserate, or Polunbi) in 1920s Berlin.  The catalogue not only records what was confiscated, arranged alphabetically by title, but whether a book was withdrawn from circulation or ‘made unusable’, and by which authority and which court.  Literally thousands of books are listed. 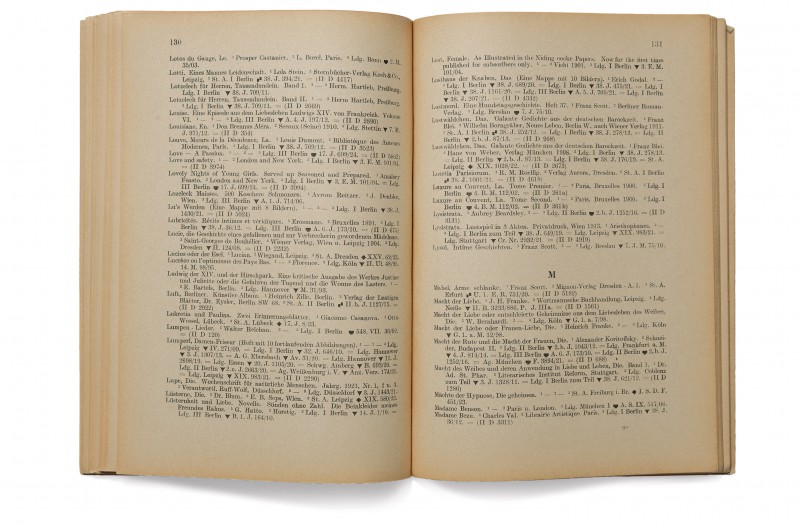 The history and activities of the Polunbi were a subject of a recent study by Gotthold Leistner (Polunbi …  Eine polizeihistorische Studie, Chemnitz, 2006), in which he says himself that more research remains to be done on this period of German censorship.

Posted in
Previous: The first book published in 'California' Next: Wilde in Russia