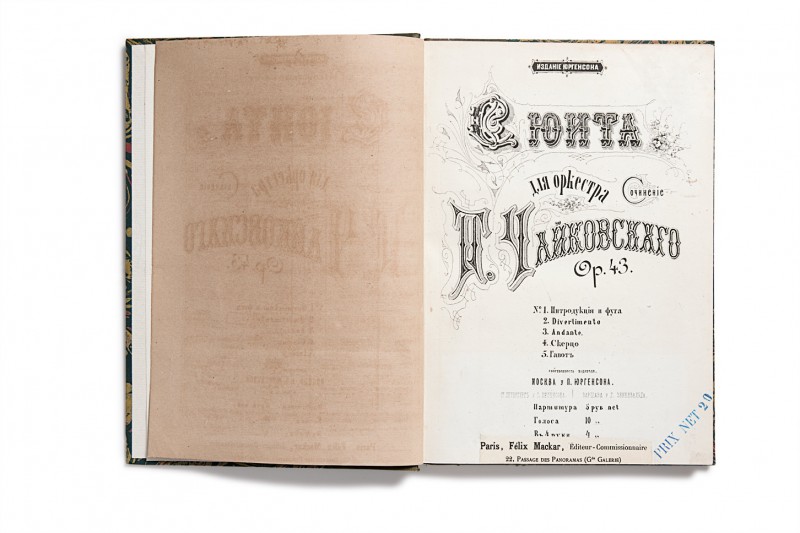 Tchaikovsky was rather pleased with this, his first suite for orchestra (1879).  He wrote to his publisher, Pyotr Jurgenson: ‘Unless I am very much mistaken, it should have a success that will spread rapidly.’  He was obviously still pleased with it some years later, deeming it good enough as a present for none other than the great French composer Gabriel Fauré, with the inscription ‘À Mr Gabriel Fauré de la part d’un admirateur sincère.  P. Tchaïkovsky.  Paris le 16 Août 1887.’ 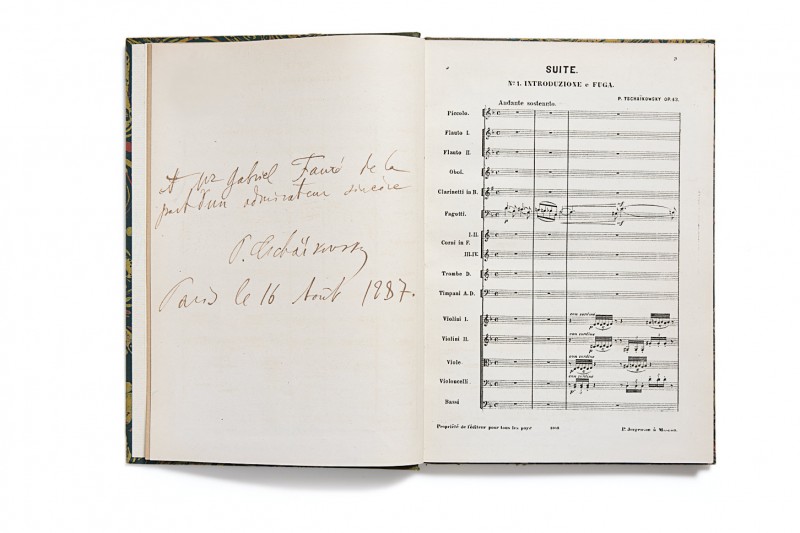 Tchaikovsky had first met Fauré at a soirée in Paris in June 1886, noting ‘Fauré pleased me exceedingly, both as man and musician’ and that ‘a Fauré quartet played during the evening was excellent’ (Weinstock, Tchaikovsky, p. 266).  The following summer and Tchaikovsky was in Aachen, tending to his old friend, Nikolai Kondratiev, who was suffering from dropsy.  ‘For six weeks Pyotr Ilyich remained in Aachen.  He visited the sick Kondratyev daily, attended to his needs and wants, and tried to comfort him …  In mid-August, Pyotr Ilyich broke his Aachen stay with one day in Paris’ (op. cit., pp. 276–7), evidently picking up this copy of the Suite from the publisher Félix Mackar, a great admirer of the composer who had purchased the rights to sell Tchaikovsky’s works in France and Belgium in 1885, before seeing Fauré.

In March 1888, Tchaikovsky conducted two concerts of his works at the Concerts Colonne.  Fauré had just published his 2nd Piano Quartet and returned the compliment with a copy inscribed ‘To my honoured friend P. Tchaikovsky, with all my affection and respect’.