I had quite a lot of interest in my recent blog about the early reception of Oscar Wilde in Russia, so I thought I would post some more.

Here’s the first edition of Konstantin Balmont’s translation of The Ballad of Reading Gaol, published in Moscow in 1904.  The cover is by the decadent artist Modest Durnov (1867–1928), ‘a dandy in the English style’, as he was known at the time in Moscow, and a friend of Balmont. 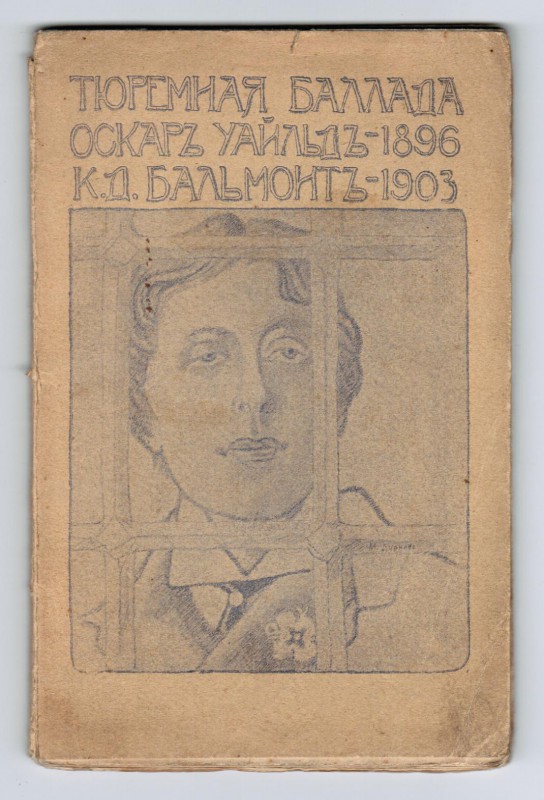 This is the first edition in Russian of Intentions (Moscow, 1906).  The translator was Anna Mintslova (1865–1910), an enigmatic woman who exerted a powerful influence on various Symbolist writers of the time, among them Vyacheslav Ivanov, Andrei Bely (he likened her to Madame Blavatsky), and Maksimilian Voloshin. 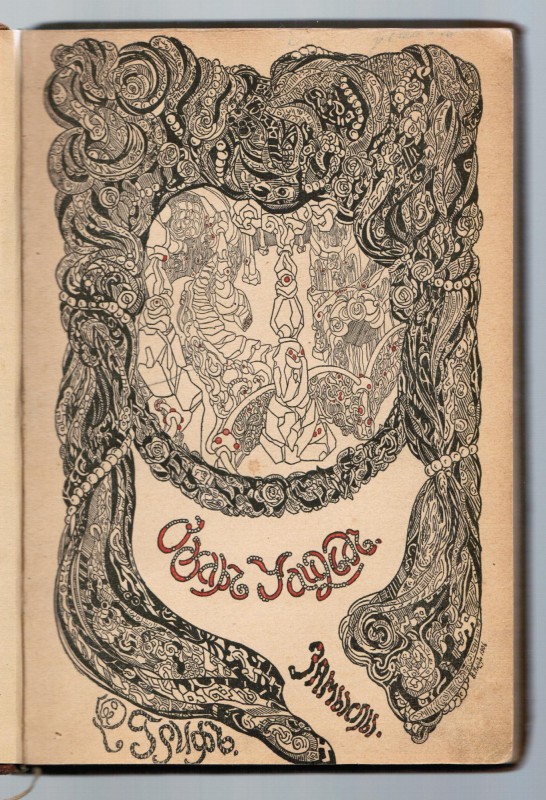 Entitled here ‘An Aesthetic Manifesto’ (Moscow, 1908), this is the first edition in Russian of ‘L’envoi’, Wilde’s first notable essay, written as an introduction to his friend, Rennell Rodd’s verse collection Rose-leaf and Apple-leaf (Philadelphia, 1882). 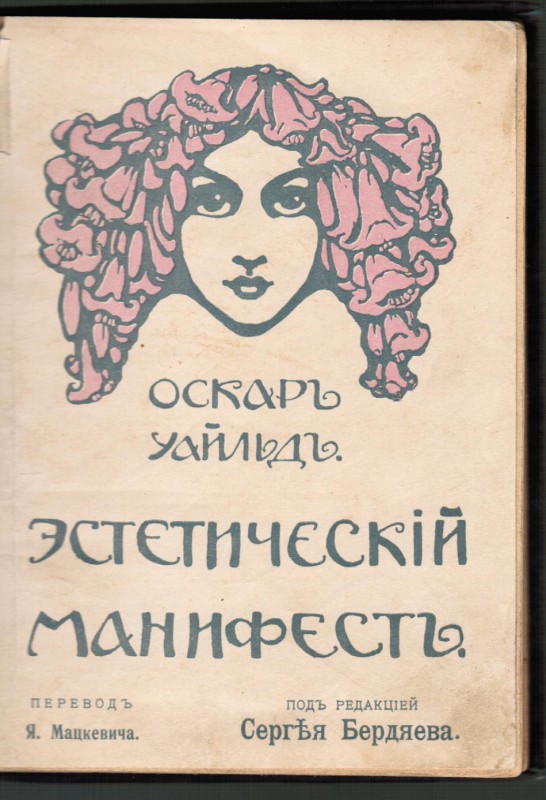 And here, as you can see, is De Profundis, published in Moscow in 1908.  As was the case with A Florentine Tragedy, this was an authorised translation by Mikhail Likiardopulo, with a foreword by Robert Ross, which actually names Lord Alfred Douglas as the addressee. 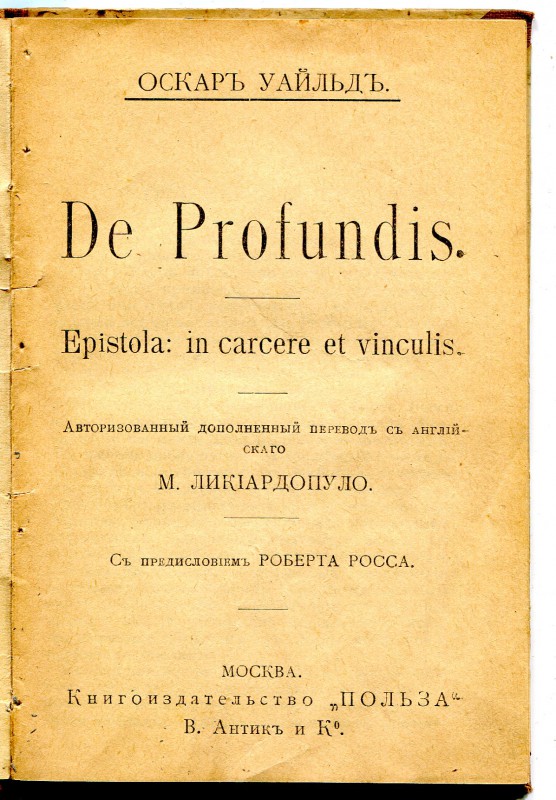 Posted in
Previous: For Fauré Next: On file

2 responses to “More Wilde in Russia”