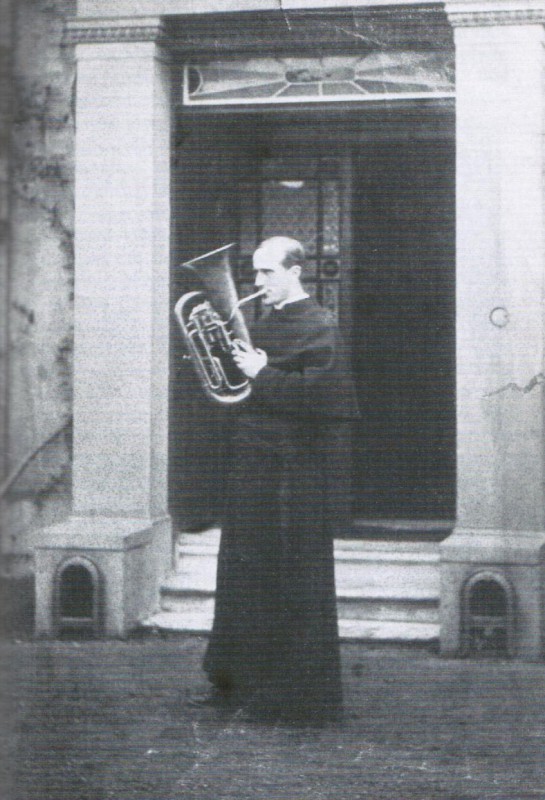 G. R. Woodward playing the euphonium outside Walsingham Vicarage in the 1880s

The Reverend George Ratcliffe Woodward (1848–1934) is remembered today (if remembered at all) as the author of the carols ‘Ding dong! merrily on high’ and ‘Past three a clock’.  His major contributions to English church music, however, are now all but overlooked: the compilations Songs of Syon (1904), The Cowley Carol Book (1901) and, later, The Cambridge Carol Book (1924), featuring many of his own translations and harmonizations, were significant at the time, but were then superseded by The English Hymnal (1906) and David Willcocks’ Carols for Choirs series (1961 onwards). 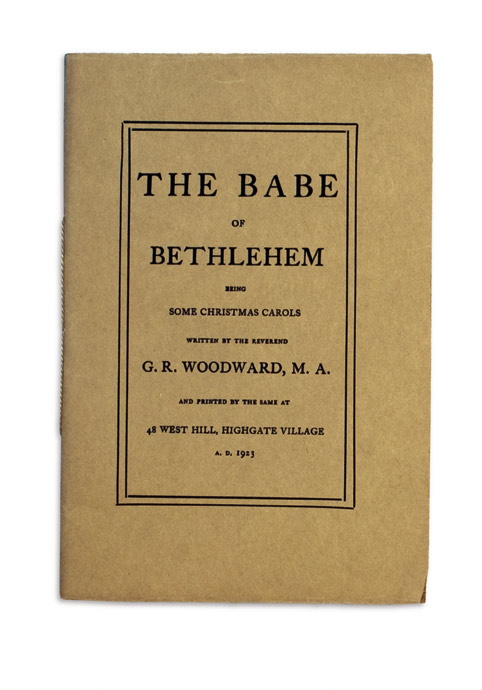 The Babe of Bethelehem, 1923. One the earliest books to come from Woodward’s press.

Woodward also ran a private press, from his house in Highgate.  ‘It was not until he was in his seventies that Woodward turned to printing, setting up his presses in an upstairs room in the house at 48 West Hill, Highgate Village, to which he had removed in 1916, after a lifetime’s work in the Church.  Between 1922 and 1931 he printed more than thirty small booklets, carols, epigrams, translations, and original work.  At first sight pedestrian pieces, they were nevertheless well printed, and worth much closer study for their content …  His texts were a curious mixture of Christian and pagan verse …  Collections of carols and religious poems formed the content of most of the pamphlets during his first four years as a printer, but translations from the Greek then absorbed his energies’ (David Chambers, ‘G. R. Woodward, parson and printer’, The Private Library, Winter 1995, pp. 181, 186–7). 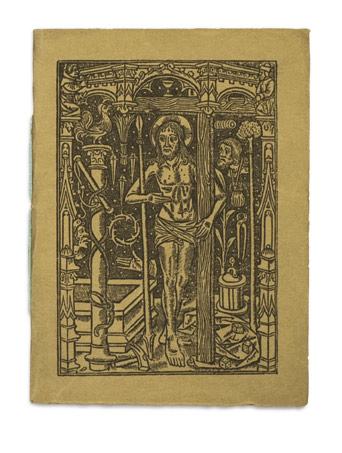 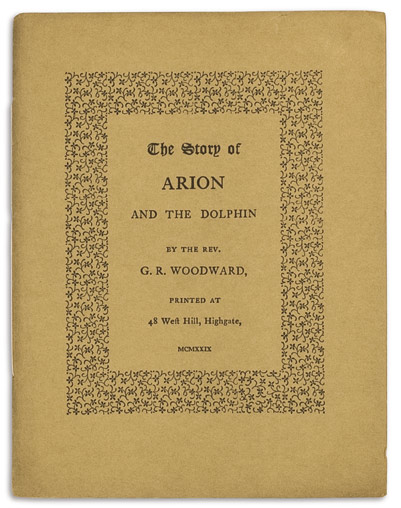 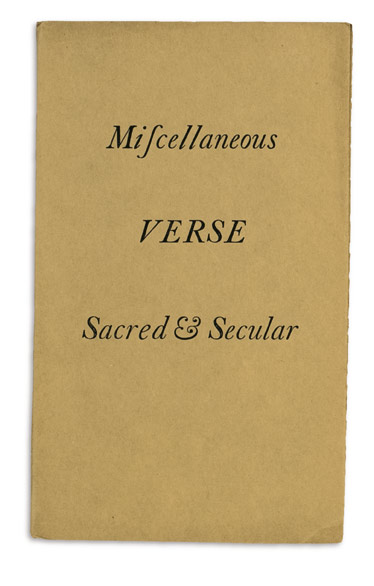 Most of his books are marked as limited editions, generally (where stated) in 120 copies, and are numbered by hand.  Woodward appears never to have made any of them available commercially for sale, though you can sometimes find them offered by booksellers today.