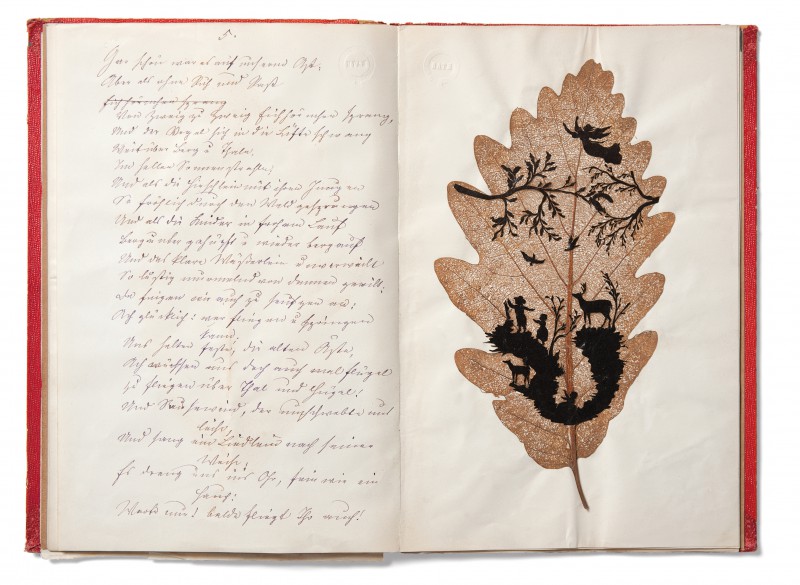 I’ve seen lots of silhouettes before, but never anything quite like this: a wonderful combination of hand-crafted image and handwritten verse produced in Germany c.1860, with 12 exquisitely-executed full-page silhouette illustrations cut from black varnished paper and mounted on pressed oak and chestnut leaves. 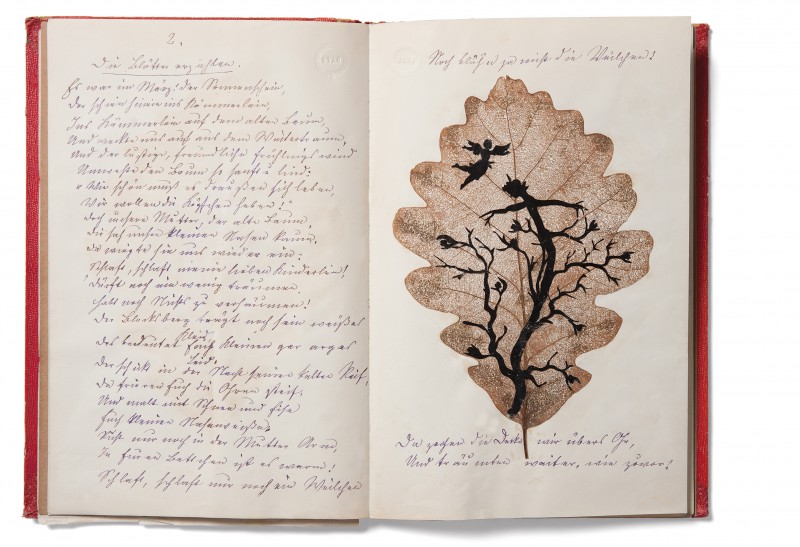 The book is a poem entitled Die Blätter erzählen (‘The leaves are telling’), written from the perspective of the budding leaves of a tree growing on a castle mound.  The buds sense the early spring air and want to burst out, but their wise mother-tree tells them to be patient, as there is still snow on the ground and the nights remain frosty.  The story told is that of the annual life-cycle of the leaves, ending with autumn storms and birds migrating south; the language and tone suggest it was produced for a child.  The silhouettes, each facing a page of text, include fairies and travellers, a harvest scene, a stag in a rocky landscape with children admiring it. 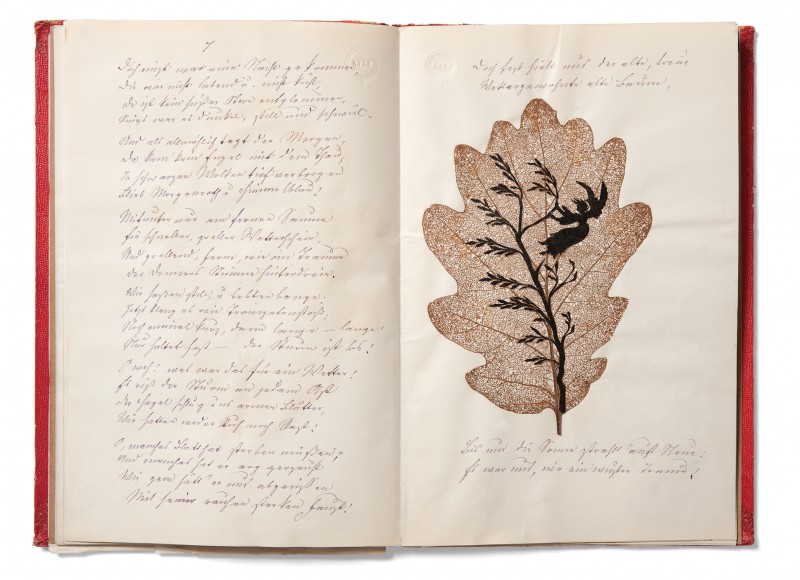 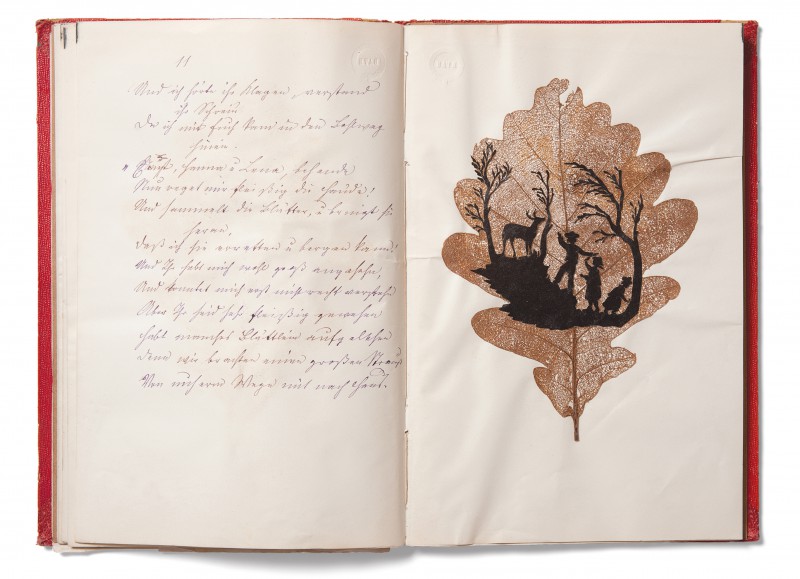 The end of the poem celebrates Christmas and is accompanied by an illustration of a Christmas tree with a mother and child underneath. 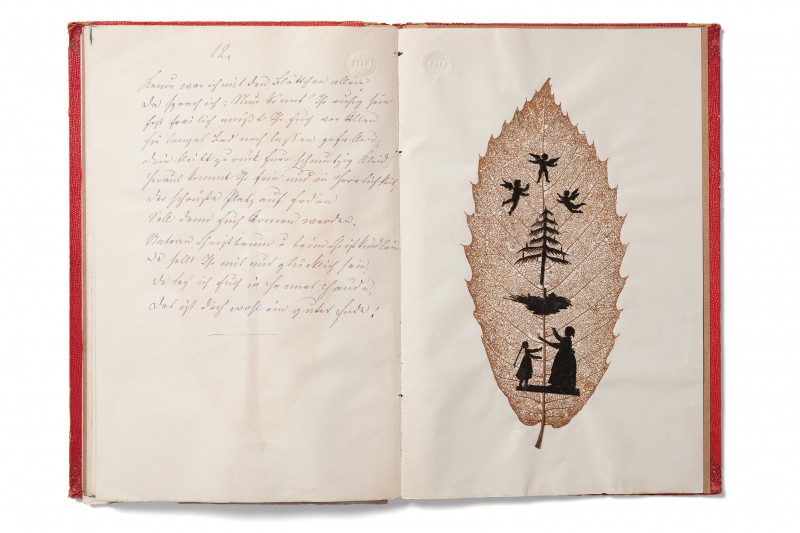