The Jamican–American writer Claude McKay spent seven months in early Soviet Russia, 1922–3, where he was ‘feted like a celebrity’.  So it’s not surprising that his work was quickly translated into Russian, his poetry appearing regularly in translation from 1923 until well into the Thirties. 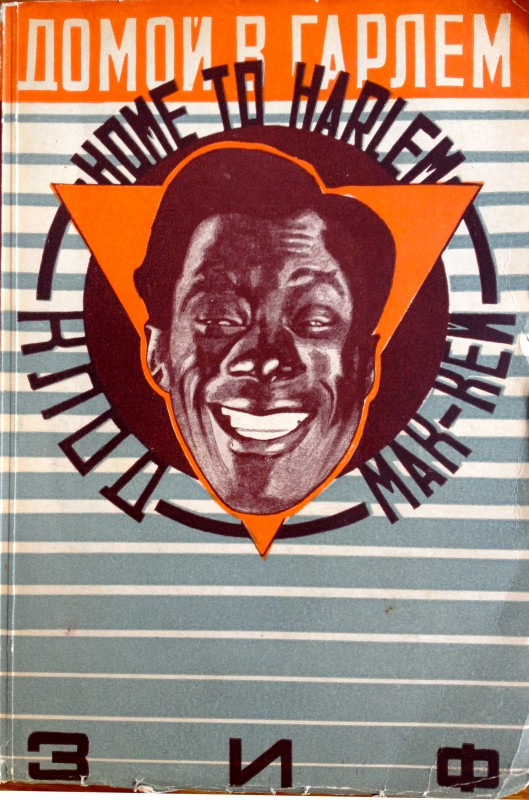 This is a 1929 translation of the best-selling Home to Harlem (1928).  The striking cover was designed by Mikhail Dlugach, an artist best known for his film posters.  The translation, by Mark Volosov, is preceded by an introduction by one ‘Ван Майс’ (‘Van Mais’).  After a bit of detective work, it turns out that this was ‘Vaughn Mise’, the Communist Party pseudonym of Maude May White (later, Katz), an African American woman from Pennsylvania who studied in Moscow 1927–30, before eventually returning to the New York area.

For more on McKay and Russia, see Kate Baldwin, Beyond the Color Line and the Iron Curtain: Reading Encounter between Black and Red, 1922–1963 (Duke UP, 2002), especially ch. 1.

Posted in
Previous: The novel that never was Next: A colourful account