As many of you know, I am interested in the reception of anglophone writers in Russia.  (See Wilde in Russia and its sequel.)  One of the most popular Western writers in Russia in the first half of the twentieth century was Jack London.

Seven essays from the collection “Revolution and other Essays” (1910), published in the series Biblioteka inostrannoi literatury (‘Library of Foreign Literature’). Leningrad, “Mysl’”, 1924.

‘Until the 1950’s, Jack London was by far the most popular American author in Soviet Russia.  Over thirteen million copies of his works have been printed since the Revolution.  Even today [i.e. 1962] he continues as a popular classic, and it is probable that over the Soviet period as a whole he has been read more widely than any other non-Russian author. 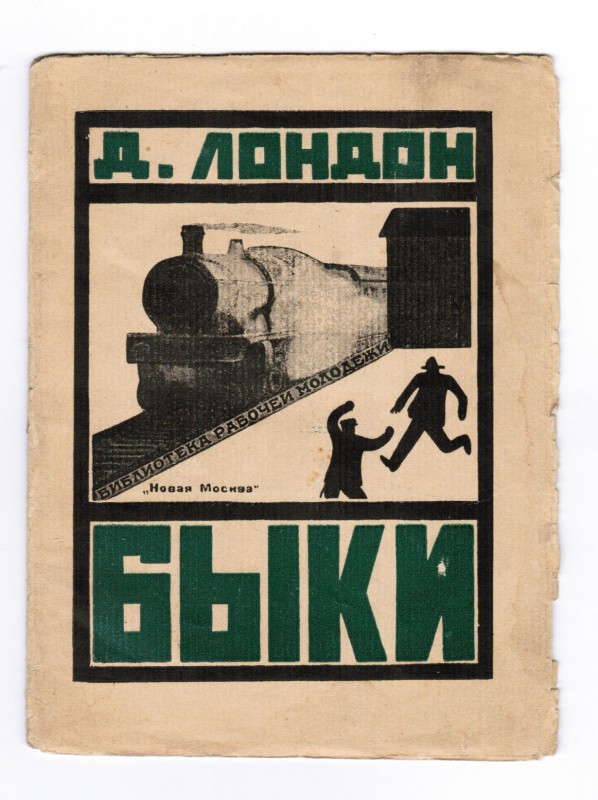 ‘Bulls’ (from “The Road and other Stories”), published as part of the series Biblioteka rabochei molodezhi (‘Library of Working-class Youth’). Moscow, “Novaia Moskva”, 1924.

‘At the time of the Revolution, London had already been the favourite American writer in Russia for a number of years.  He had been introduced shortly after the Revolution of 1905, and by 1916 his vogue was described as “truly extraordinary.”  In 1941, recalling London’s influence on the pre-Revolutionary generation, the poet Ilya Selvinski wrote that “whoever has not passed this view of life cannot be a real man …  This is the first cigar we smoked in our youth” …  Despite the curtailment of printing under War Communism, London’s books continued to come out.  Only in 1921, when almost all book production ceased, did a work of his fail to appear’ (Deming Brown, Soviet Attitudes toward American Writing, pp. 219–20). 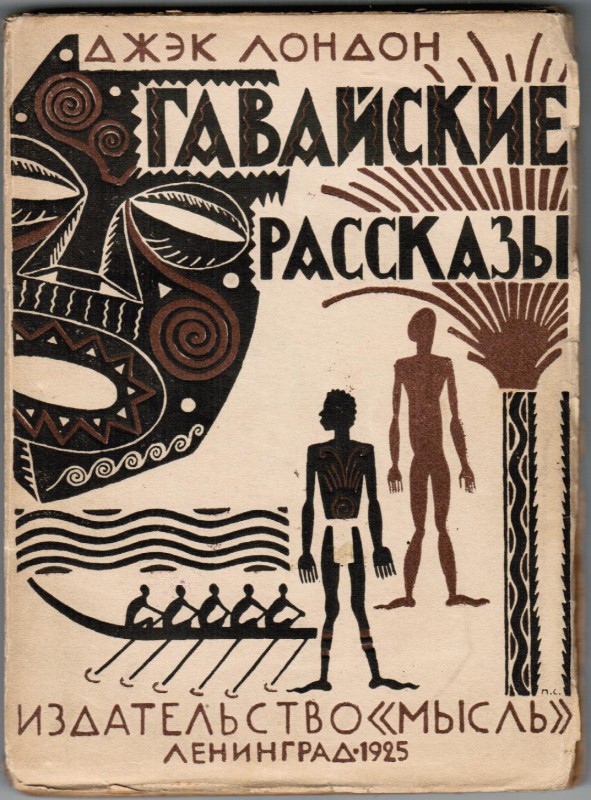 “Bulls” and “Hawaiian Tales” are among the books I shall be exhibiting later this week at the 46th California International Antiquarian Book Fair in San Francisco.

Posted in
Previous: The dangers of falling for a Frenchman Next: Overly (litho)graphic?