Sometimes, as a bookseller, you come across something which you really can’t quite believe exists, and something that you will probably never see again.  Here is one such item, two leaves of occasional printing produced following the death of one Anna Maria Löffelholz von Colberg in 1727, when an enormous kidney stone, weighing 29½ loths (over 400 g), was removed from her body.  To mark her passing, and as a ‘most worthy memorial of compassion’, the stone was reproduced, actual size, as a copper engraving. 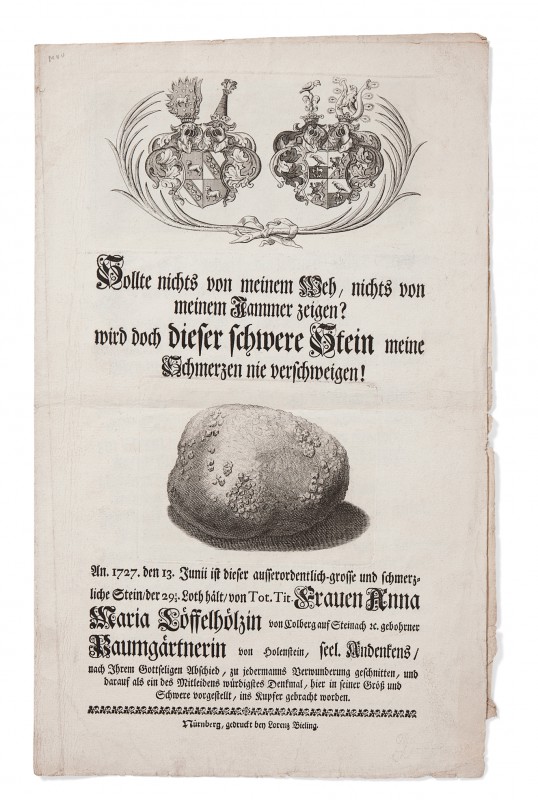 The second leaf publishes a poem on the deceased by Christoph Bezzel (1692–1740), a local preacher, versifier, and collector (and the father of Erhard Christoph Bezzel, whose great collection of 322 Stammbücher is now at the British Library).  If the reproduction of the stone seems ghoulish, the poem appears equally tasteless to modern sensibilities, with Bezzel punning a number of times on the word Stein/stone: Holenstein, the Franconian town Anna Maria originally came from, Steinach on the outskirts of Nuremberg where she lived as a married woman, etc. 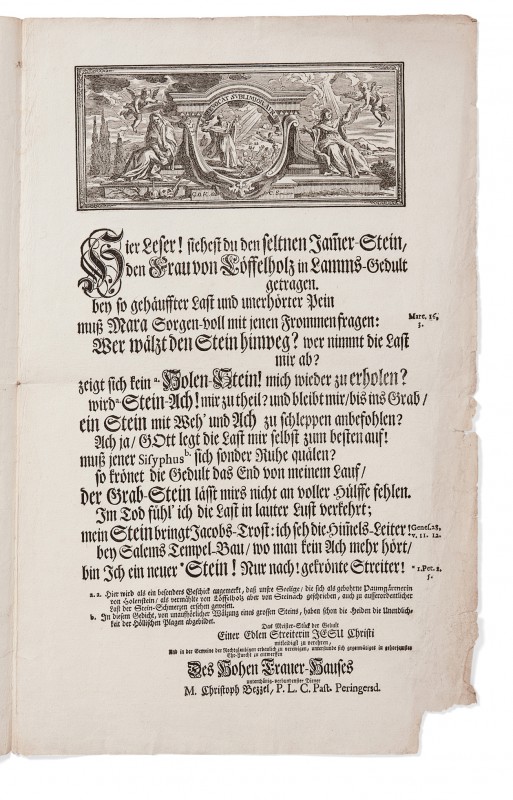