On the night of 19 March 1817, Antoine Fualdès, a former French procureur impérial, was brutally murdered in the town of Rodez, in the south-west corner of the Massif Central, and his body found floating in the Aveyron.  The ‘Affaire Fualdès’ as it became known and the subsequent six-month trial of the eight accused (Baptiste Colard among them, found guilty and sentenced to death) was followed closely in both France and abroad, and later found its way into works by Balzac, Flaubert (Bouvard et Pécuchet), Victor Hugo (Les Misérables), and Anatole France (Le Jardin d’Épicure).

This Rouen news-sheet, issued the month after the verdict, continues to run with the story: a report on a letter received from a Ruthénois giving a local’s view of the murder, and then an update on what the guilty are going through.  The striking woodcut could well have been made specially. 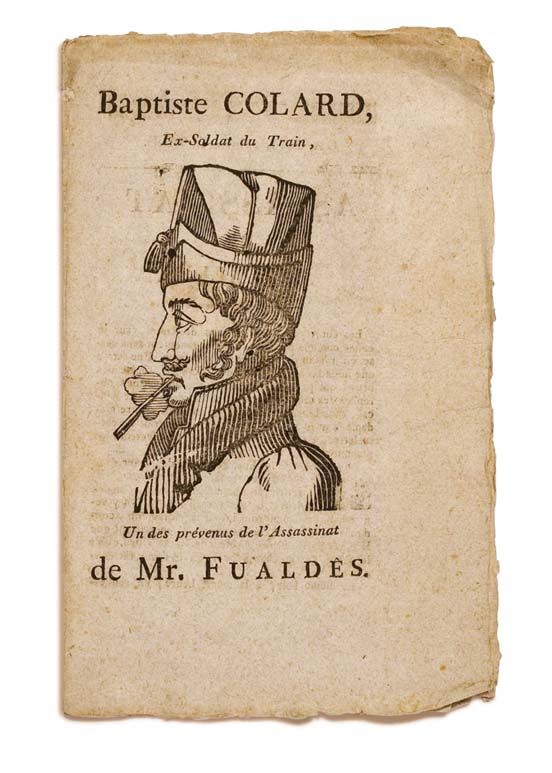