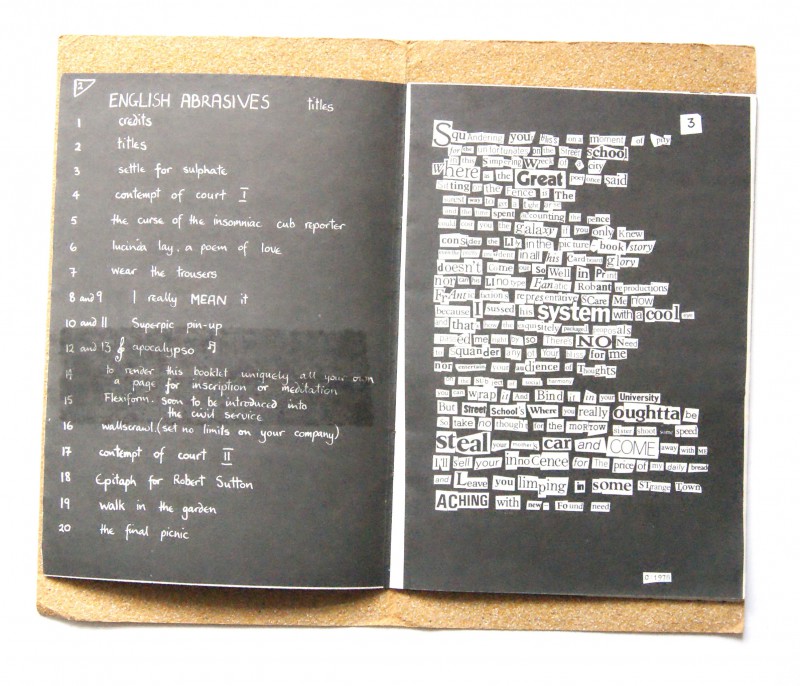 Here’s an odd one for you: snapshot commentary on dystopian Seventies Britain, in words and images, from an anonymous poet in Bristol.  The inspiration is not just contemporary, either; he includes an eighteenth-century tomb inscription he came across in Bath Abbey.

I bought the book because of the materials used in its production.  Sandpaper was famously used in the dust-jacket of the 1959 artist’s book Mémoires by Asger Jorn and Guy Debord, a book which was intentionally destructive to other books around it.  But here the sandpaper is turned in on itself: 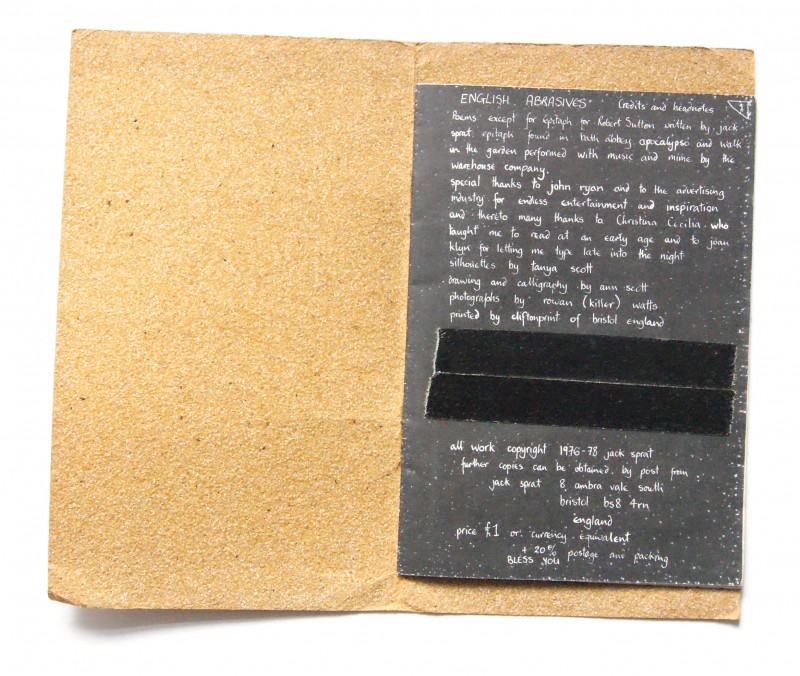 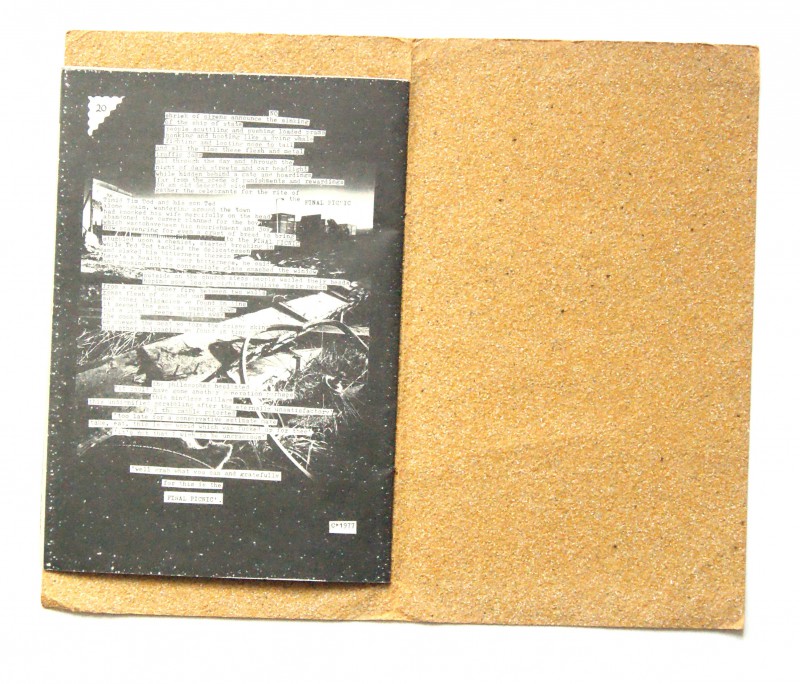 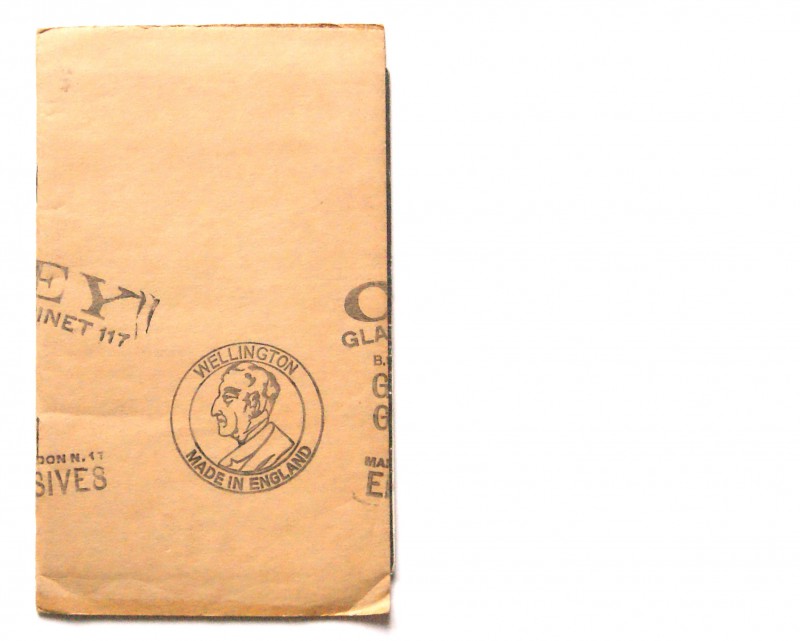 Posted in
Previous: Death Row journalism Next: Britain's got talent