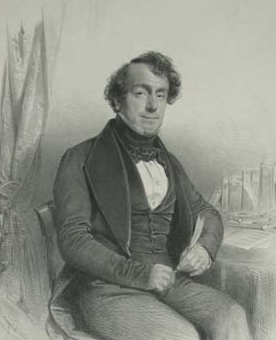 George Herbert Buonaparte Rodwell (1800–1852), professor of harmony and composition at the Royal Academy and musical instructor to Queen Victoria when she was still a Princess, had for years been advocating a ‘Grand National Opera’ for the performance of English music and in 1833 laid out his plans, which included a library.  His scheme never came to anything (ENO didn’t emerge for another hundred years), but Rodwell was appointed director of music at Covent Garden in 1836.

This is a copy of the first edition, together with an unacknowledged second edition (1834).  William Clowes had been responsible for printing the first edition for James Fraser.  In the second, he manages to compress the original 32 pages of text onto a single octavo sheet and publishes them under his own name. 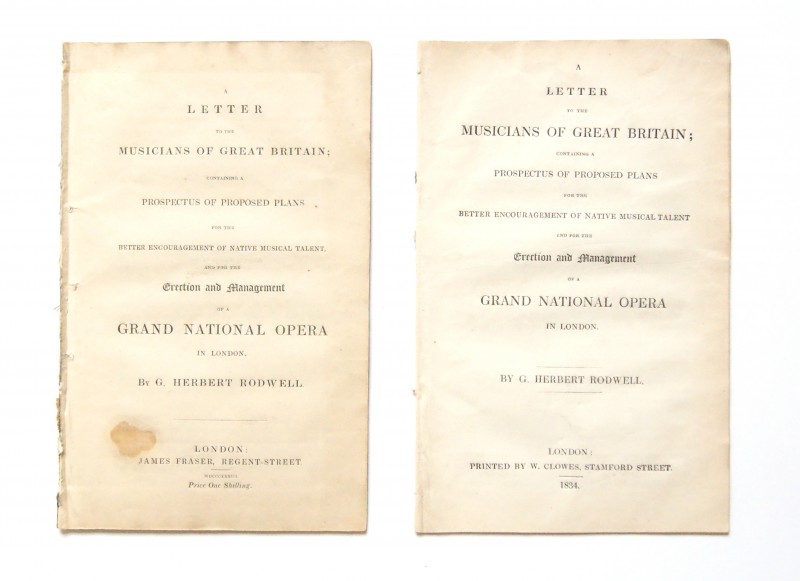