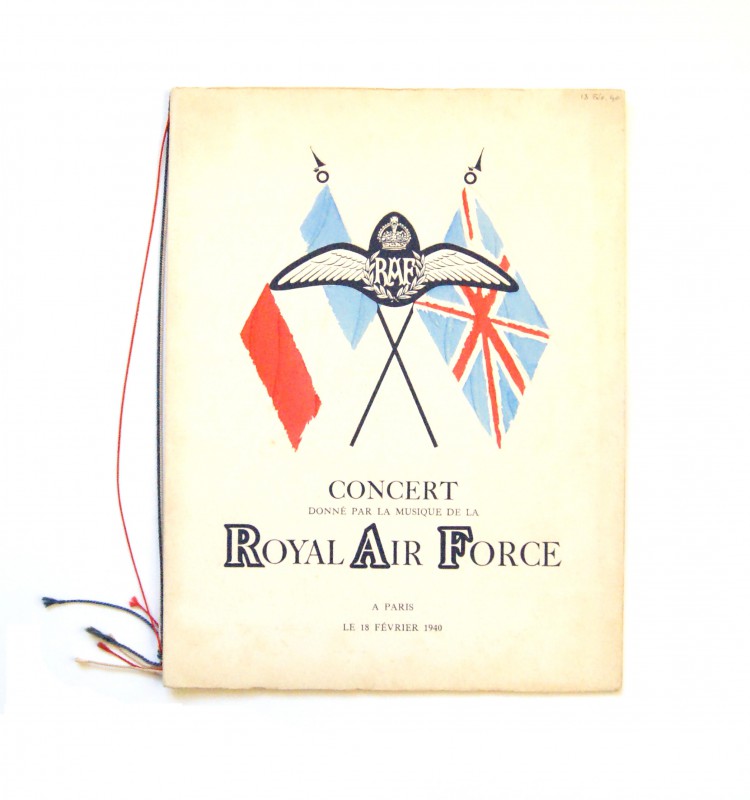 ‘During the 1930s Royal Air Force music became well established with the two bands gaining a reputation for innovation and musical excellence.  In the lead up to World War II there was a huge expansion of RAF Music Services with many civilian professional musicians being drafted directly into the new ensembles.  Additional military bands were provided initially on a Command basis, with the RAF Symphony Orchestra and the famous “Squadronaires” Dance Band also being established.  The new groups included some of the country’s finest musicians such as Dennis Brain, Norman Del Mar and Gareth Morris.  In fact no theatrical agent of the time could possibly have afforded such a stunning array of talent, making The RAF Squadronaires and the RAF Symphony Orchestra in particular the “super groups” of their day’ (RAF Music Services website). 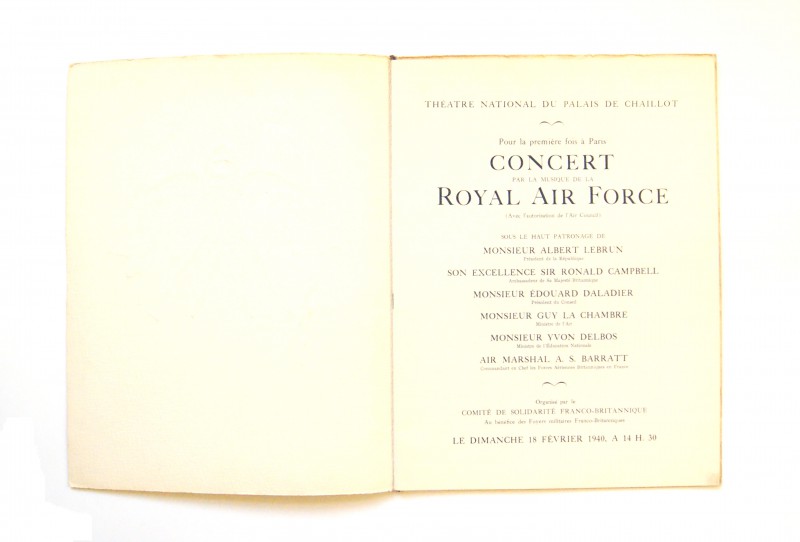 This is a programme for a concert (Elgar, Vaughan Williams, Handel, Sibelius, Noël Coward, etc.) given by Royal Air Force Music in Paris’s new Palais de Chaillot just three months before the Battle of France in 1940.  A month after that and the city had been occupied by the Nazis.  It was at the Palais de Chaillot that Hitler chose to be photographed during his visit, with the Eiffel Tower behind. 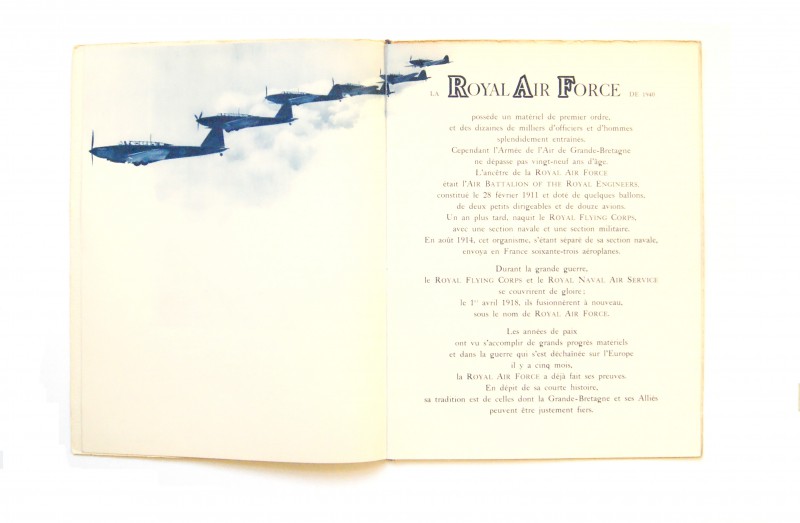 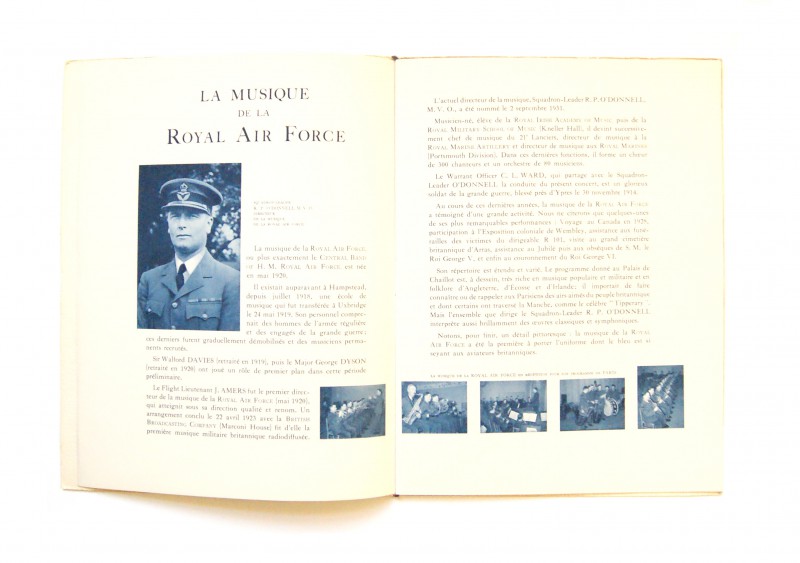 Posted in
Previous: British spymaster revealed Next: Used in the trenches