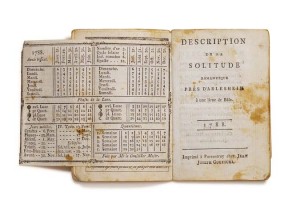 This is a pocket guide (it’s only 106 × 69 mm) to the ‘Ermitage’ at Arlesheim, the largest English landscape garden in Switzerland, produced in 1788 for visitors who came to wander dreamily around the suitably Romantic setting. 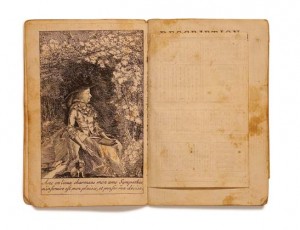 Created in 1785 by Balbina von Andlau-von Staal and her cousin, Heinrich von Ligertz, the Ermitage, or ‘Solitude romantique’, soon became a European tourist attraction thanks to suites of engravings depicting its mountains, grottos, and follies, before it was almost completely destroyed by marauding French troops in 1793.  One of the follies, the Temple of Truth, was inscribed with moral aphorisms in 18 languages (European, but also Persian, Hebrew, Turkish, and Arabic), as shown in the large folding table. 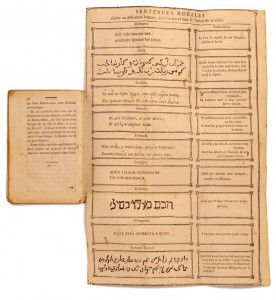