The original playbill for the performances.

This week, in 1882, saw the first London cycle of Wagner’s Ring, the complete work’s first performance outside the German-speaking world. 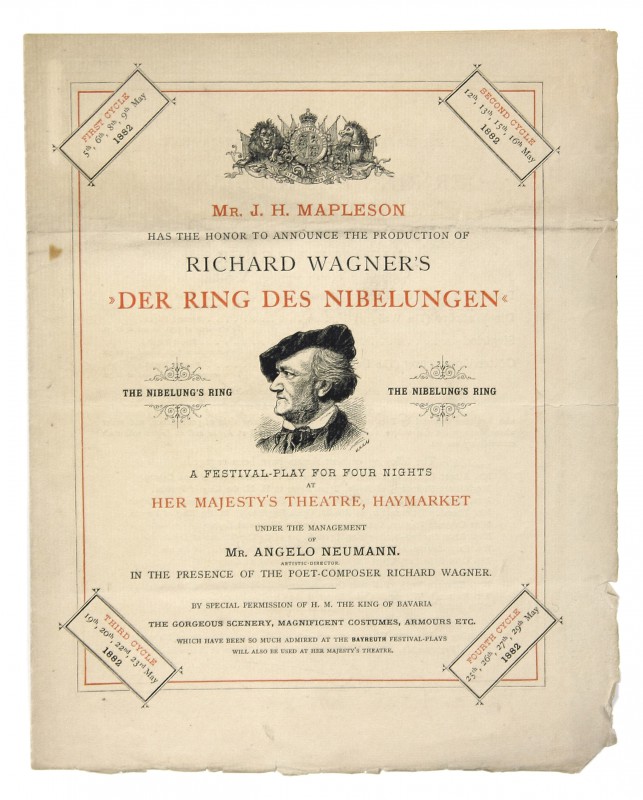 The illustrated promotional flyer for the cycle, written in English but printed in Germany.

The Austrian impresario Angelo Neumann secured the performing rights for the Ring (and the Bayreuth stage equipment) from Wagner himself, intending to give 36 cycles in nine months.  He planned to open his campaign in London, and visited in October 1881 to inspect the stage at Her Majesty’s Theatre, and again in April 1882 with his entire technical staff, just a month before the first performance was to take place.  Although the Theatre was in theory ready, it reneged on its contract and it fell to Neumann to arrange everything, from the orchestra and chorus to the advertising (presumably why the flyer here was printed in Leipzig), even the carpets in the foyer.  Wagner’s health prevented his attending either rehearsals or performance, but Neumann was nevertheless ‘very successful with his first production of the Ring in London.  Thanks to an introduction from the German Crown Prince he managed to get the Prince of Wales (afterwards King Edward VII) to attend no fewer than eleven of the performances.  [He was particularly taken with the swimming Rhine Maidens.]  Neumann’s company was an excellent one, including as it did Hedwig Reicher-Kindermann, Scaria, Schelper, the two Vogls, and Reichmann, with Seidl as conductor’ (Newman, The Life of Richard Wagner, IV, 673), ‘according to Richard Wagner’s own opinion, the best interpreter of his works’ (p. [2] of the flyer here). 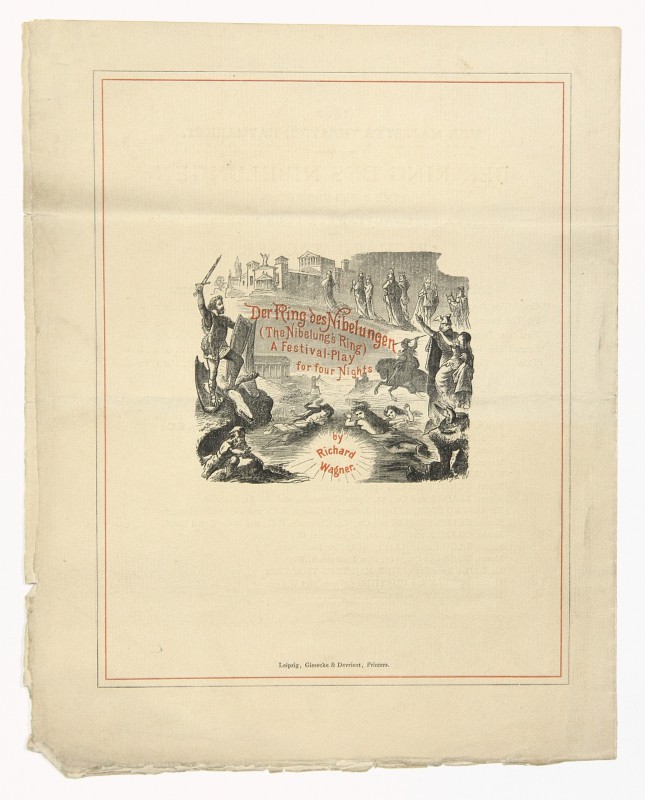 Posted in
Previous: The wrongs of women, a novel Next: Frederick the Great writ small