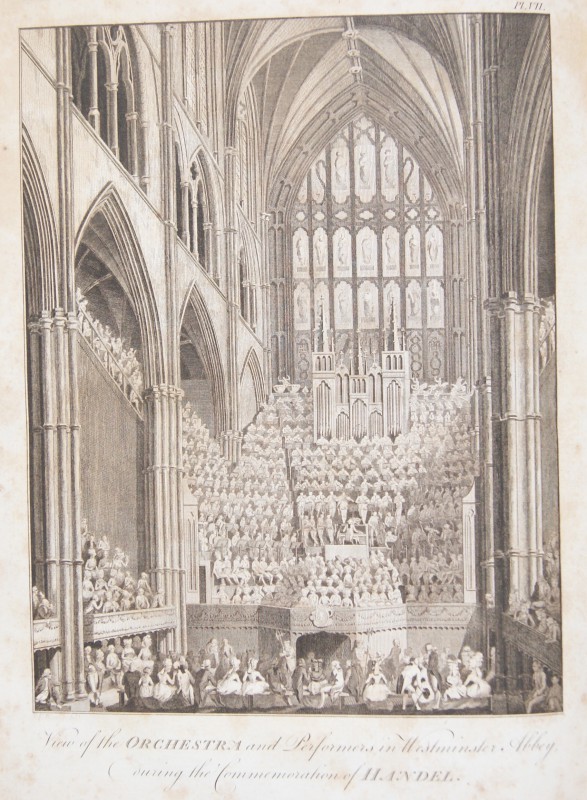 This wonderful engraving comes from Charles Burney’s great Account of the Musical Performances in Westminster-Abbey, and the Pantheon, May 26th, 27th, 29th; and June the 3d, and 5th, 1784.  In Commemoration of Handel (1785).  The Handel Commemoration Concerts of 1784, marking the centenary of the composer’s birth, have been described as ‘in some ways the most important single event in the history of English music’ (Mackerness, A Social History of English Music, p. 127).  Certainly the scale of the concerts was unknown at the time, and prepared the way for the large-scale performances of Handel, begun in the nineteenth century, which we all know today.

Posted in
Previous: Blood and laughter Next: Iconic