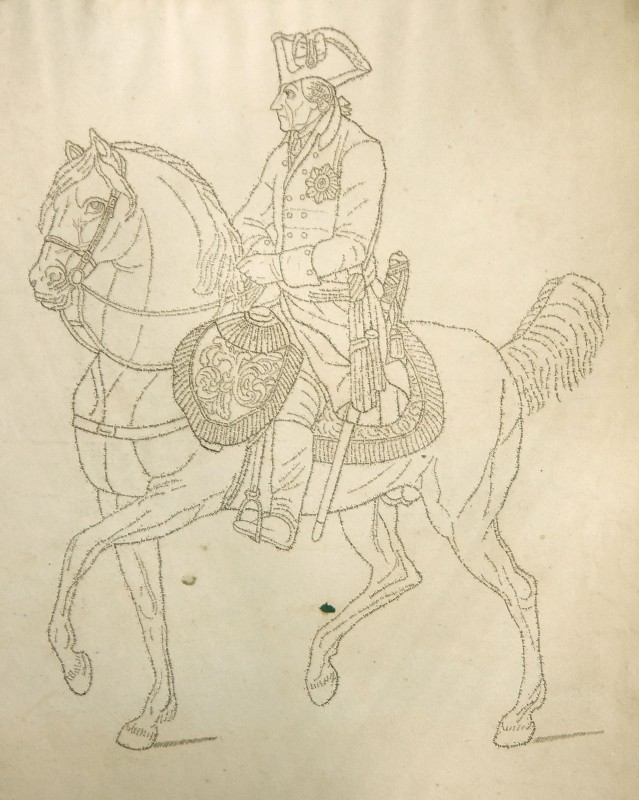 A nineteenth-century drawing of Frederick the Great.  But look closer: every line of the picture is actually made up of words. 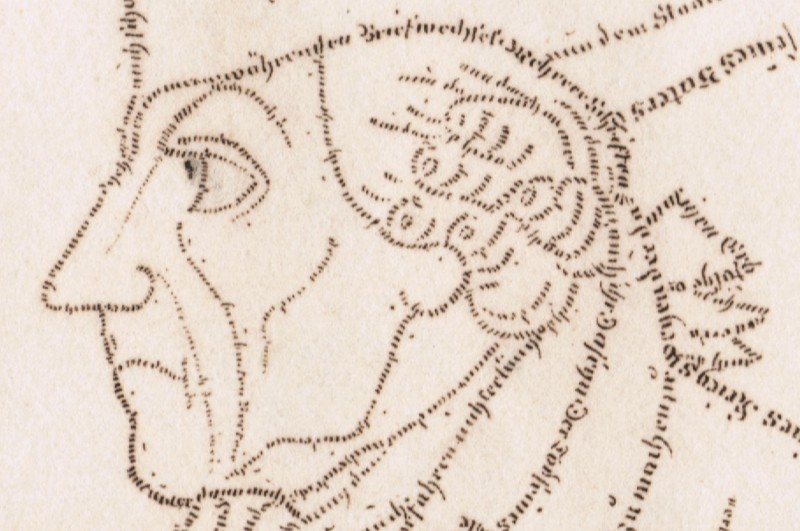 Here’s one with a ruler, to give you an idea of the scale: 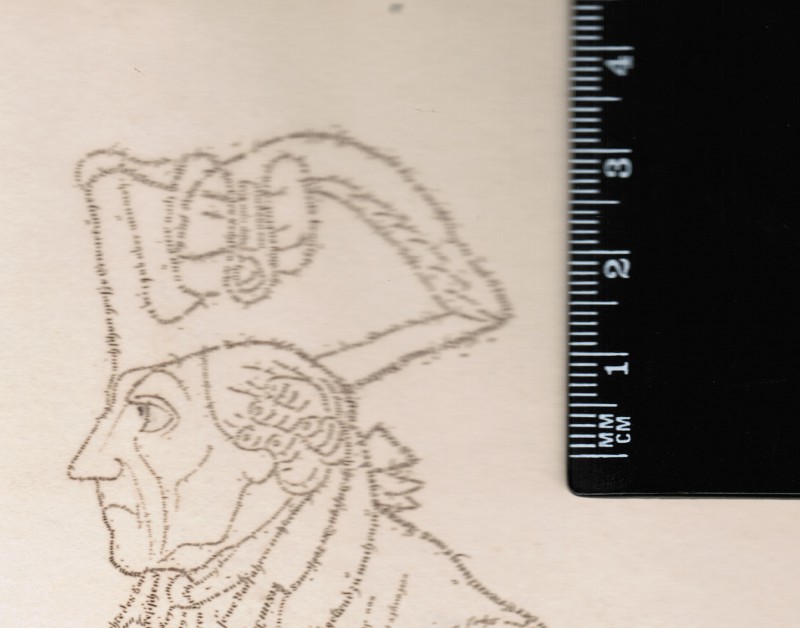 This is an example of what’s called micrography, ‘the art of writing in microscopic characters’.

My next challenge was to try and work out what the text was.  After poring over the picture for a while I began to be able to make out some words and finally deciphered it as being the entry for Frederick the Great from Brockhaus’s famous Conversations-Lexikon.  Checking against the various published editions reveals it to be the entry used by Brockhaus between 1824 and 1834 (i.e. for the sixth, seventh, and eighth editions of the Allgemeine deutsche Real-Encyclopädie für gebildete Stände. (Conversations-Lexikon.)), after which the entry was rewritten.

Posted in
Previous: The Ring comes to London Next: Blood and laughter