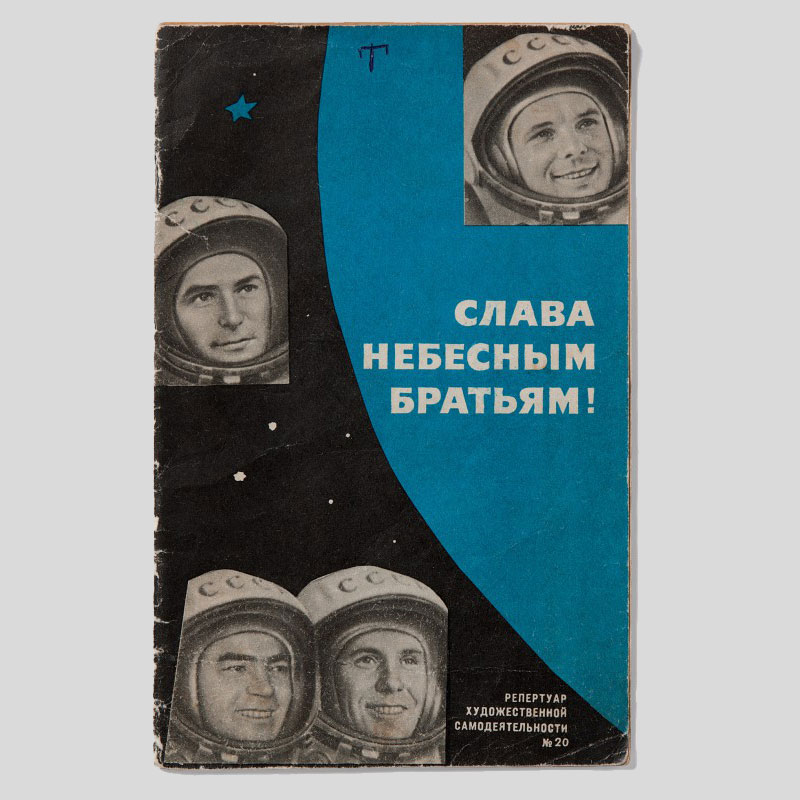 Exactly 51 years ago today, on 21 August 1962, this rare little book, Glory to our heavenly brothers!  Verse and songs of Soviet Cosmonauts, was typeset and ready to print.  Published the year after Yuri Gagarin became the first man in space, it features ten poems (including work by Veronika Tushnova and Vera Inber) and four […]