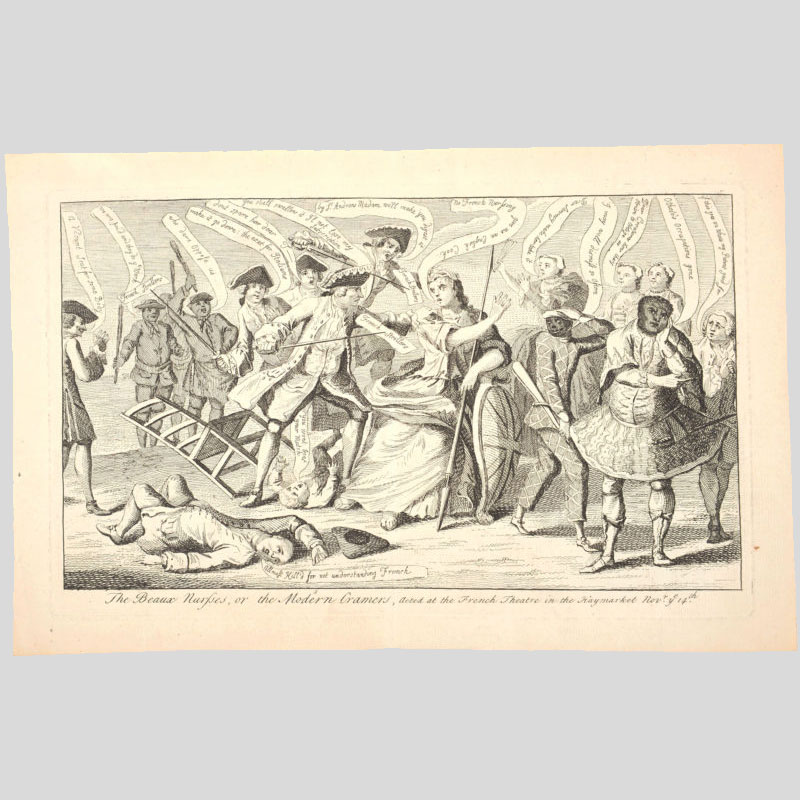 This scarce satirical etching, The Beaux Nurses, refers to the controversy and protest surrounding a French theatrical company, nicknamed the ‘French Strollers’, who applied for and were granted a licence to perform at the Haymarket in the winter of 1749.  Their arrival occasioned much discontent; as the Scots Magazine reported, they were ‘bitterly pelted in […]