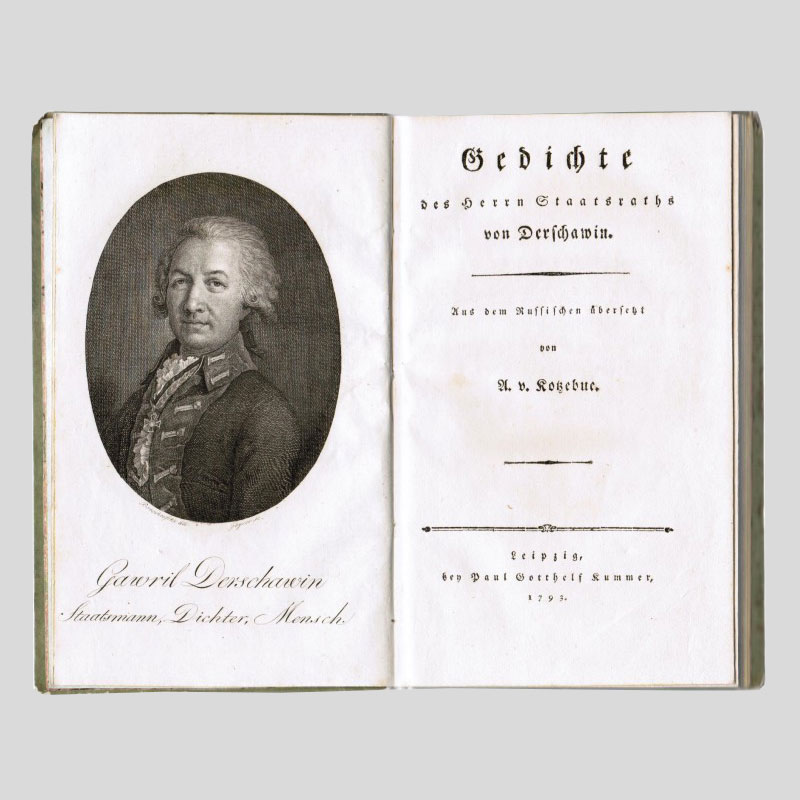 Russian literature for the Western market

This book of verse is the first appearance in German (or any other foreign language, for that matter) of Gavriil Derzhavin (1743–1816), one of Russia’s great eighteenth-century poets.  It’s a very early translation.  French readers had to wait until 1811 (Dieu, tr. Golenistcheff-Koutouzoff, printed in Moscow), English readers until 1821 (John Bowring’s Specimen of the Russian […]